Hello Strangers. In case you’ve wondered where I’ve been, well, I’m glad that I’m important enough to wonder about. That said, life has – so to speak – occurred, and its taking me to the state of Oregon. Yes, I’ll be moving to the last state I need to complete the full set of 48 contiguous U.S. states. I’m planning to be there by the end of the August, leaving Alaska as the last frontier for the Weekend Roady. 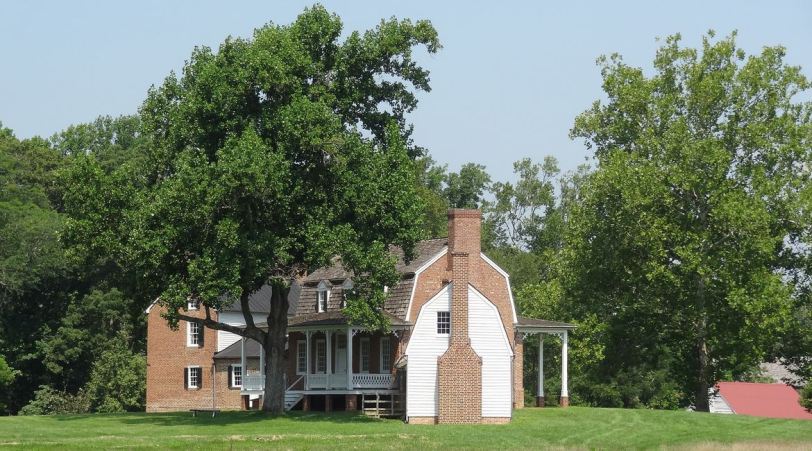 Say what you want about the protected status of The Thomas Stone property, it is, at the very least, nice to look at…

I have had a little time in the past few weeks to actually cross out the few remaining outliers on my travel to-do’s here in Maryland. I had two remaining well-established National Historic sites left to see in the Thomas Stone House in Southern Maryland and the Hampton property in Towson. I don’t know why I never got around to either of them, but it seemed that everytime I had a free Saturday or Sunday in the D.C. area, I’d fritter it away on a lesser undertaking (like, going to the grocery store…)

An original replica of the Declaration given to Stone, the major highlight of the tour of the house…

Well, with a move on the horizon, I convinced my mom and sister that a trip to one of the national park system’s notoriously least visited units was well worth a Sunday. In my 4.5 years in Maryland (and my many visits prior), I have actually only been to the Southern Maryland peninsula twice (counting the Thomas Stone trip). 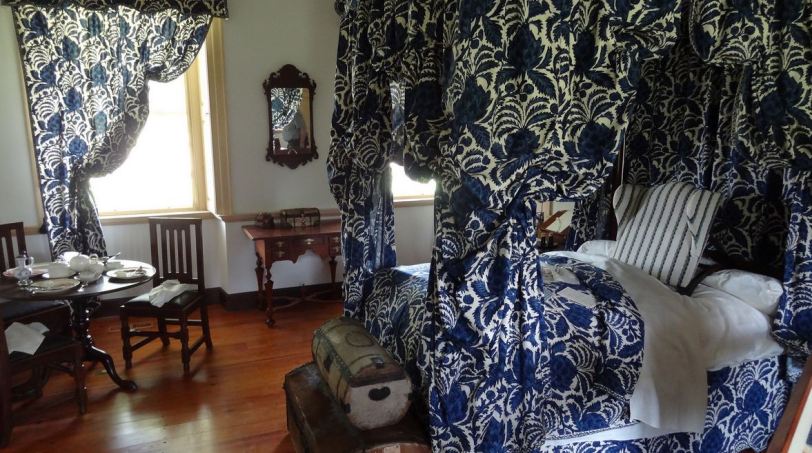 Most of the items in the Stone house aren’t originals, but the house has been decorated to reflect the period of Stone’s residence there.

A trip to Stone’s house is worth it for the awkwardness alone. Stone was noteworthy mostly for being a signatory of the constitution, and, for being one of the few signers with original homes still intact to this day (Stone’s other property in Annapolis is, incredibly, also still standing). I won’t get into all the details, but the NPS acquisition of the Stone property is one of the more questionable of the entire history of the park service. The video introduction at the visitor’s center dances around the issue of Stone’s lack of name recognition by championing his quiet, soft-spoken demeanor and relative anti-social tendencies. The story of the prolonged illness of his wife is a sad one, and Stone likely died of a broken heart once she passed. All told, though, its incredible that this site sits protected today. 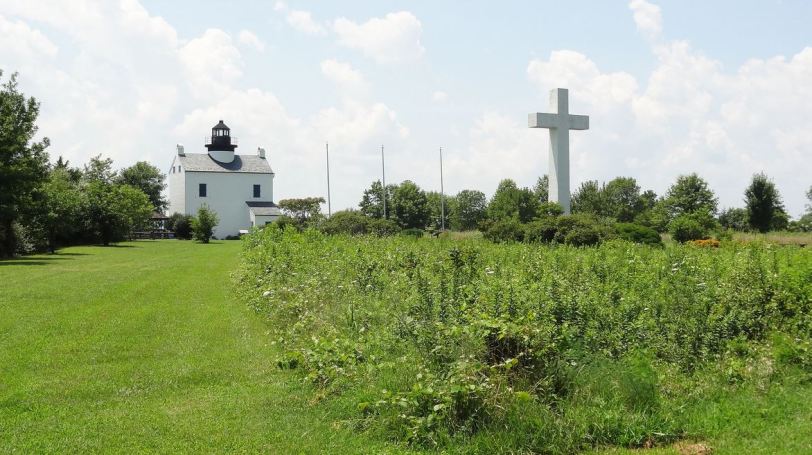 Hard to believe that the first Maryland colonists first landed on this tiny little Chesapeake Bay island just a mile or so offshore from the mainland.

Now – I’m not against the existence of such a park, I love the quirkiness of our park system, jumbling up sites like this with Mt. Rushmore and Yellowstone. I loved the tour, and our ranger guide, who couldn’t be more excited to see us and give us his all. Stone’s house is a gorgeous 18th century property on a beautiful stretch of land, its appealing to the eyes and the odd life of this lesser known signer is a history lesson nonetheless – one that definitely wasn’t taught in any high schools outside of Maryland. I was actually surprised that, during our time there, three other cars passed through, each a couple people looking for stamps or patches for their collection, none of them even stopping to look at the house. Me? I got the full tour, the stamps and the patch, and I can finally scratch it off the list. 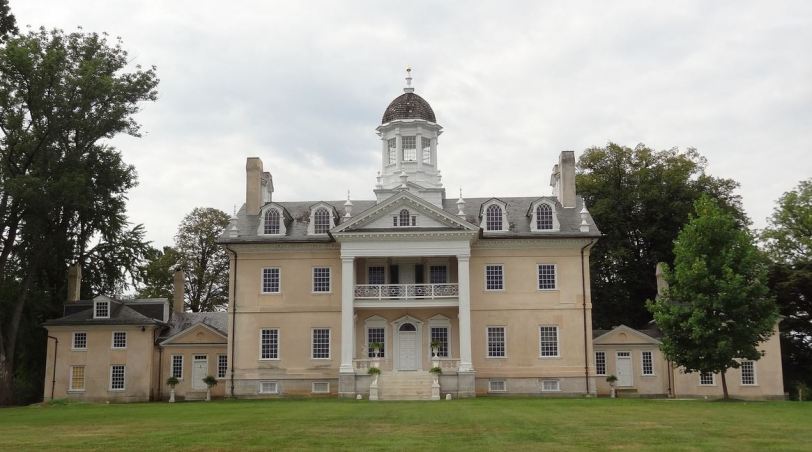 The Ridgely’s house at the Hamption National Historic Site is apparently haunted, but I didn’t have any ghostly encounters here.

We ended that particular day with a visit to St. Clement’s Island, the only other island I know of in the Chesapeake (outside of the Smith Island(s) and Tangier Island) that can be visited by a ferry. The state park protects the first landing site of Maryland’s original British colonists. The museum is worth a walk-through, and the island is nice – but we made the mistake of not bringing anything to drink or eat, and on a hot day with absolutely no facilities (sans an outhouse), we cut the trip short after an hour and a half. Truthfully, there isn’t much to do of a historical nature, other than look at the large cross and tour the lighthouse (which was closed on the day we visited). The beach made for a nice wading opportunity as we (literally) cooled our heels as we awaited our ferry back. 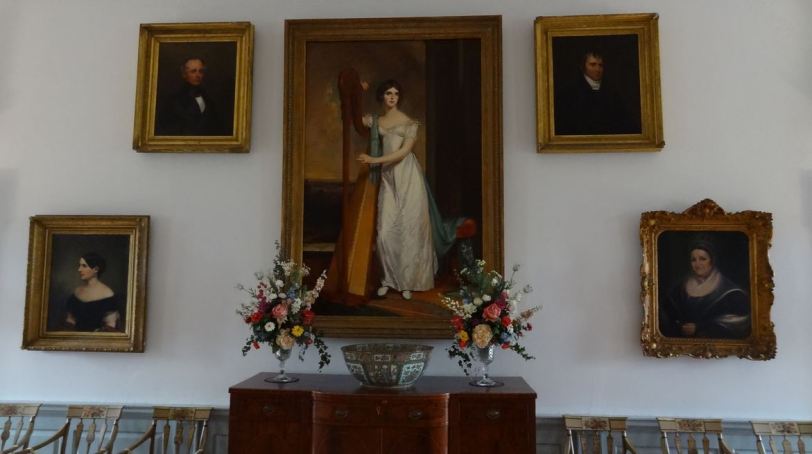 The Lady Liberty-esque Thomas Sully painting of Eliza Ridgely stands front and center in the main hall. This is a replica of the original, which now is part of the National Gallery of Art’s collection. If you take the Art and Architecture tour, you’ll find out why this painting is so important to the creation of the Hampton National Historic Site.

I made use of my last Sunday in the area by heading out to Hampton National Historic Site in Towson (north of Baltimore). The Hampton site is another quirk of the NPS, though a bit more popular than Thomas Stone, this site protects the land of a family that was not necessarily historically noteworthy (at least not on a national scale). The well-to-do Ridgely family occupied the land here for over two centuries, and saved, well, a lot of stuff. Notably, they collected artwork, and the site got the attention from the National Gallery of Art in D.C. Eventually, the property became too expensive for the Ridgely’s to keep up with, so the notoriety that came with the Gallery’s recognition eventually worked its way into a deal with the National Park Service to restore and preserve on architectural merit. 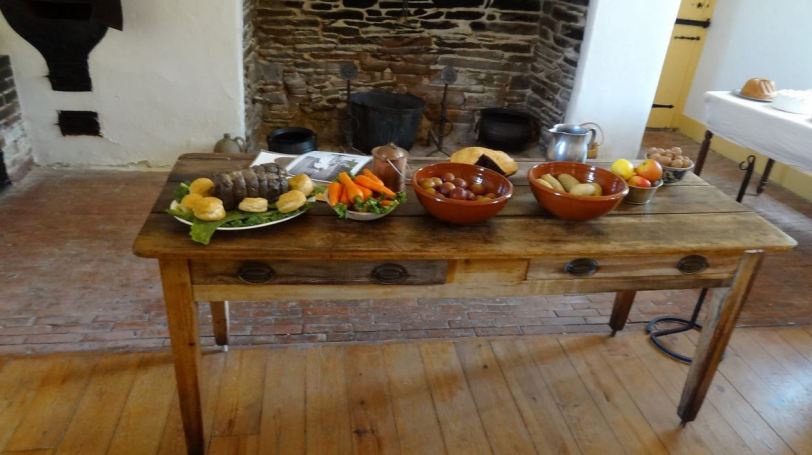 The Ridgely’s kindly set a table for us in their kitchen…No – the food is not real.

The grounds are opened for travelers and locals alike to just pass through and enjoy, though tours need to be arranged through the visitor center (which just opened this past Spring). Again, it was a full tour (two different ones, in fact), stamp and patch for me! I actually probably spent more time here than I did at the aforementioned Mount Rushmore…

I’ll miss Maryland but I won’t be gone forever, with family in the area I’m sure to be back often. Oregon represents an opportunity to really explore the western coast of this HUGE country, something I haven’t done enough of. I’ll also have a (soon approaching) cross-country road trip as I move out there, something I’ve been looking forward to for years. Needless to say, I have a few detours along the way…

See you on the road…

5 thoughts on “ONE MORE MARYLAND HURRAH”