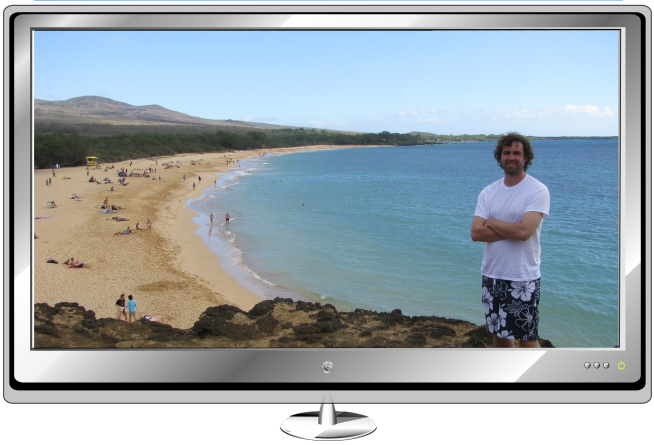 Despite creating this “Roady” persona that seems to have no interest in the “artificialities” of daily life, I actually do enjoy a good TV show or movie, especially if it takes me to places I’m keenly interested in.

So, what are my interests? Well, if you’ve followed along with me here for any length of time, you’d know I have a particular obsession with the obscure – especially if it’s man-made. A strange border here, a Northwest Angle there, and you’ve pretty much summed up my No. 1 (at least when it involves traveling around the U.S. or North America). Yeah, I like boundary lines.

I also like National Parks and relevant sites (I’ve visited 66 of them in the U.S. as of this writing). I’m an official county-counter, tagging all the counties I pass through or visit. Being a sports nut, I also track stadiums visited and teams I’ve watched in person. I have a thing for inhabited islands (not accessible by road) in the U.S. as well.

None of those interests inspire much of today’s travel programming, though. What I look for on television takes the remote and extreme to an international level. Any Easter Island visits are good television for me (score a few points for the solid documentary, 180 South, as well as an episode of the fantastic Canadian travel show, Departures). I was always obsessed with Easter Island growing up, and visited it last year. That obsession with far-off places doesn’t end there, a rough list of places I’d like to visit in my life include:

There you’ve got a mix of Artic and Antarctic, European microstates, U.S. and Canadian territories, a whole continent and some random and remote islands. Now who goes to any of these travel “hot beds” on television? Well, maybe a few more than you think.

I’ve already heralded Departures. It’s three-season long run featured three likable lifetime friends who might as well have been you and me. No expert travelers by any means, Scott, Justin and Andre (who was mostly behind the camera) wandered into areas mostly uncharted by television crews. These included Greenland, Faroe Islands and Antarctica as well as a quick stop in Nunavut and the Northwest Territories. Other places the trio went to included Ascension Island, Cook Island and North Korea.

Although Anthony Bourdain may come off a bit too self-important and snarky, I still count myself as a fan. I’ve never met the guy in person, so who am I to make personal judgments? He’s managed to travel to a ton of cool, off-beat places, including: Uzbekistan, Beirut, Ghana, Namibia, Laos, the Azores and Kurdistan. His new show on CNN, Parts Unknown, sounds promising but doesn’t appear to push the envelope too far on remote locations…yet.

Admittedly, my current favorite show might just be Animal Planet’s River Monsters. Jeremy Wade excels as a real-life Indiana Jones-type and is the perfect character for a show that mixes obscure travel with the thrill of the hunt. The “monsters” are very real – although this may be put to the test when Wade goes searching for Loch Ness later in the current season. A recent episode had Wade fishing in the Chernobyl Cooling Pond, which – as even he admits – is justifiably insane. Wade’s travels take him to various countries but often find him trekking into the wilderness to places a normal traveler would never find themselves. Another recent episode put him at the very southern tip of Colombia at the Colombia-Peru-Brazil tripoint (though this fact wasn’t mentioned in the episode).

I’ll also (somewhat sheepishly) admit to enjoying more than a few episodes of both the Ghost Hunters and Ghost Adventures series as well as Destination Truth and Finding Bigfoot. Josh Gates (of Destination Truth) and crew have been to a myriad of interesting locations, including Easter Island, Guam, Zanzibar, The Gambia, Chuuk Islands and Antarctica. As with all of these shows – especially Finding Bigfoot – I’m watching mostly for the interesting destinations and taking any of the “paranormal evidence” these shows provide with a healthy dose of skepticism (despite personally wanting the existence of these various monsters and ghosts to be true).

On a final note – I highly recommend some relatively recent documentaries by the famed German director, Werner Herzog. Encounters at the End of the World is a fantastic first-person narrative of life in and around McMurdo Station in Antarctica (Herzog does shoot a short cameo of the South Pole Station as well). Cave of Forgotten Dreams takes you to the Chauvet Cave in France, a recently discovered cave that houses the oldest cave art known to mankind. The cave is inaccessible to the general public. Lastly, Happy People: A Year in the Taiga offers up a journey into the extremely remote village of Bakhta in Siberian Russia.

I’m all about getting out there and seeing the world for yourself. I’m a realist, though. I may not see all the places of the world, but I’ll gladly see someone else do it for me while I live vicariously, dressed in pj’s, snacks and soda in hand.