AS CLOSE AS YOU’LL GET TO CAMP DAVID

Anyone that has an ear for Presidential politics surely has heard of Camp David, the Presidential retreat that often plays host to a variety of high level meetings and summits (including, most recently, the G8 Summit last year).

But, unlike the White House, how many know where it actually is? 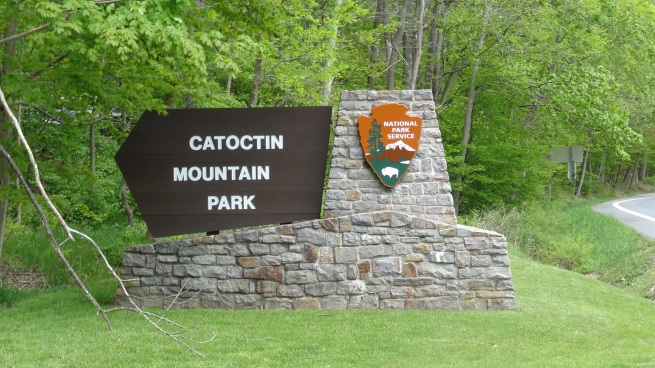 Despite many “big name” National Park units in an around the D.C. metro area, Catoctin Mountain Park is often packed with area hikers.

Camp David is actually housed within the boundaries of a U.S. National Park site – but you wouldn’t know it from the official brochure’s map. Yes, Catoctin Mountain Park – an hour or so drive from the D.C. beltway, houses Camp David, but you won’t be seeing the President or any of the major buildings while you hike the many fantastic trails offered within the park. 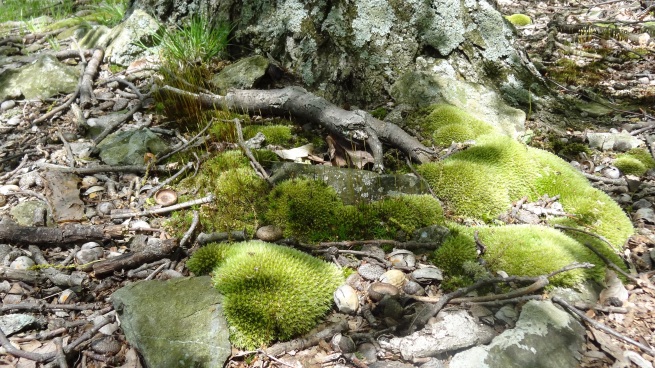 I love mossy forests, my favorite still being the woods of Fundy National Park in New Brunswick (Can.)

The park does little to promote the fact that it plays host to the “other” White House, thwarting would be curious onlookers creating unnecessary distractions. The park leaflet does mention the fact that Camp David exists, noting its origins as “Shangri-La” during the FDR administration before assuming the current name (after Dwight Eisenhower’s son, David). In fact, the Camp David sign at the entrance existed for some time before being changed to the “Camp #3” sign you see above. Because, who would care about “Camp #3”? It’s not as if anyone obsesses over Area 51, right…? 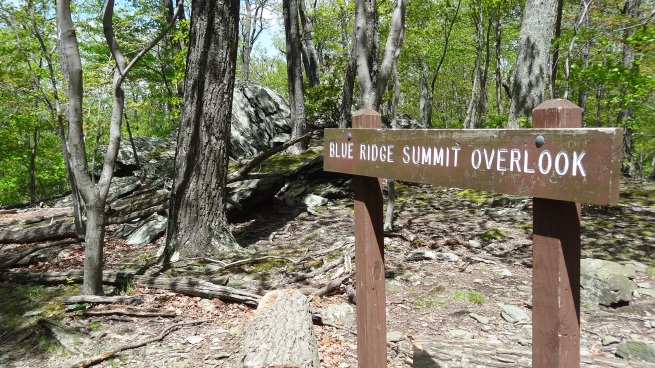 This is really the easiest trail in the park, a short walk to a nice view…

I’m not unearthing any secret information here. Google Maps has displayed the exact location of Camp David for some time now. To see the “Camp #3” sign and entrance, all you need to do is get on the park’s main road (Park Central Road) and drive a little further past the most popular trails. The entrance is about a mile past the Hog Rock parking lot. I’m sure many people miss it, only going so far as Hog Rock during their Catoctin visit. 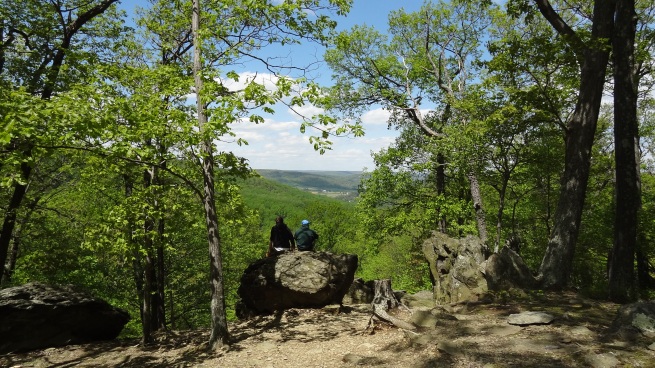 These two took my view, so they made for a nice reference point in the photo instead. Camp David would in the general area to the right of these two, but can’t be seen anywhere from along this trail or from any vantage point.

The park flyer states that you won’t see any of the Camp David buildings from the main road, but an intimidating wire fence surrounds the area and at least two lookout towers can be seen with a sharp eye. This is as close as Joe Public is going to get, and I wasn’t about to press my luck during my visit to the park. 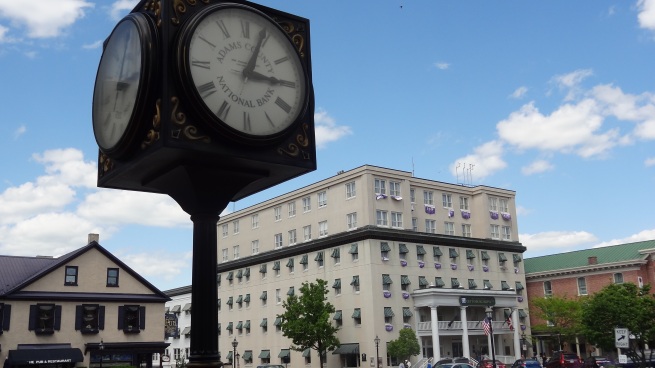 Downtown Gettysburg, with the famous Gettysburg Hotel in the background. The town is only about a half hour drive from Catoctin Mountain Park.

Oh, and about my visit. I’ve always passed up Catoctin (despite knowing about Camp David) on drives from D.C. to Gettysburg. The park is exactly an hour drive for me and yet it took me a little over two years to get there since moving to the D.C. area. A cool day in May makes for perfect hiking at Catoctin and we did the fairly easy Blue Ridge Summit overlook hike. I also made it four states in one day as we scampered up to Pennsylvania for a late lunch (in Gettysburg) and West Virginia for a little gambling in Charles Town before heading back through Virginia and into Maryland. At one point during the trip I crossed from Maryland into Virginia and into West Virginia in less than a minute’s time. This oddity is detailed nicely on twelvemilecircle.