If you thought Montreal’s Tower (or Tour as they say) was no great shakes, well I dare you to feast your eyes upon Toronto’s CN Tower. Montreal may boast the tallest inclined tower in the world, but until 2010, Toronto’s massive CN Tower was the world’s tallest structure…period (it has now fallen to fifth but still remains the tallest concrete tower).

Yes, the CN Tower (originally named for Canadian National railroad company) shoots up just over 1,800 feet in the air. The structure, finished in 1976, stands impressively against the backdrop of skyscrapers that dominate Canada’s largest city.

It’s not cheap to go on up – a ticket cost us around $30 apiece. My cousin and I decided we might as well make the most of it, using this glorified road stop (I mean, seriously, who takes a pit stop at one of the world’s biggest towers? That’s right, we do!) to catch a bit to eat at the dining room nearly 1,500 feet above our parked car.

The views are phenomenal – and not just those of downtown Toronto. The Tower also provides views of the nearby Toronto islands and the unique Billy Bishop Airport where you’ll often see not only air traffic, but passengers being transported via ferry to the airport.

So which tower is more impressive? Toronto’s CN Tower or the Tour de Montreal? Take a look at more pictures from Toronto below the jump to help you decide… 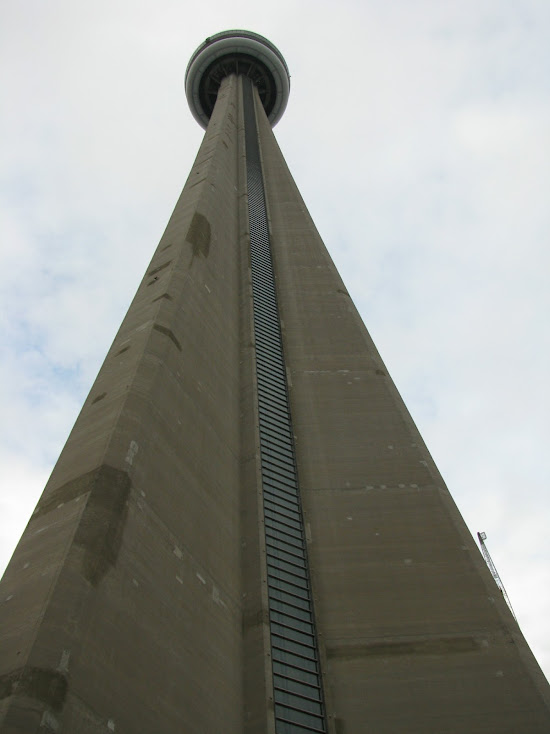 That’s a loooong way up…

Yes, there is a glass floor to test your fear of heights…

A restaurant with quite a view!

Yeah the view is great and all, but I can use some food!

A plan takes off over the Toronto islands 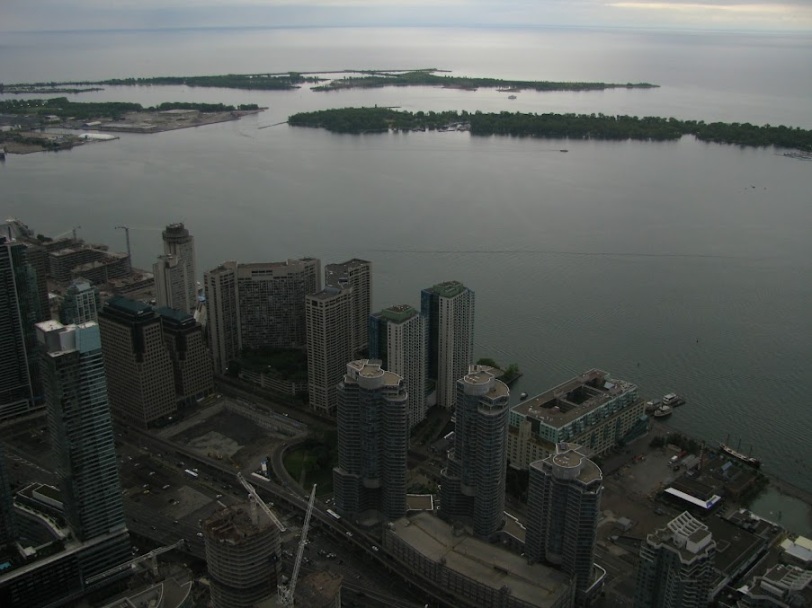 A nicer view of the islands

The adjacent Rogers Center, home of the Toronto Blue Jays