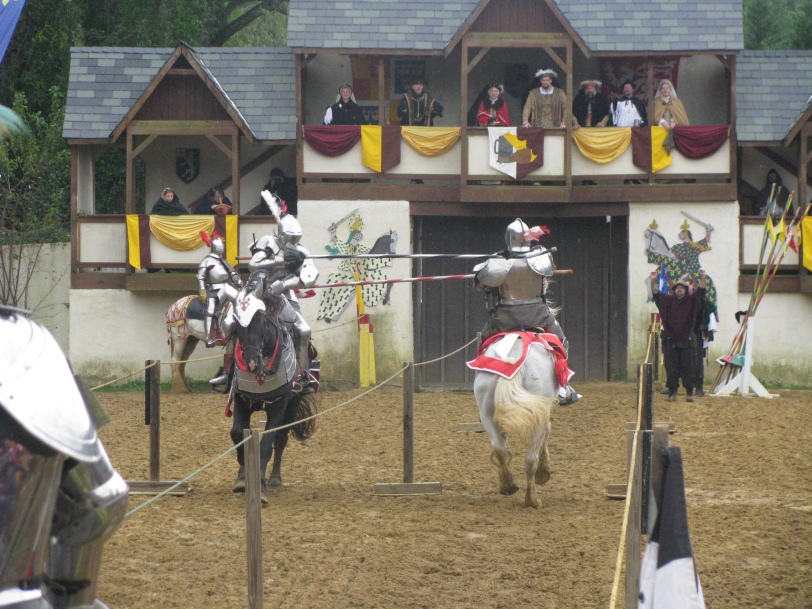 So, yesterday – on a tip from my boss – we decided to head down to the Maryland Renaissance Festival in Crownsville, MD (essentially a suburb of Annapolis, MD – nestled in between D.C. and Baltimore). For those not in the know about such fairs (or “faires” to keep with the antiquated spelling theme), the Maryland take on the awakening is one of the largest in the country – if not the world. Only the Lancaster County, PA faire is larger in the U.S. and I was shocked upon arrival at the hugeness of the place. 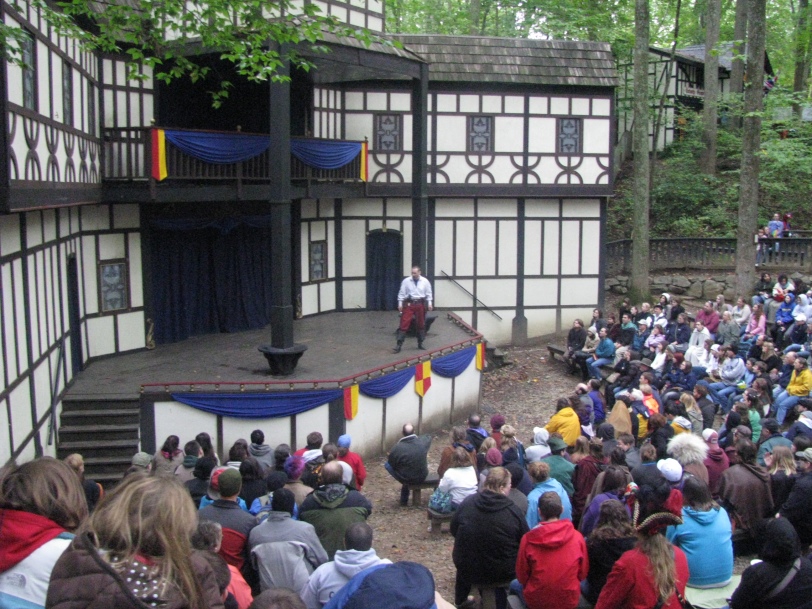 Winding roads cutting through the countryside seemed to lead to nowhere (outside of a nice looking pumpkin patch right off the highway), but, literally out of nowhere (see how I did that), a field of thousands of park cars appeared in view. The grassy lot could have been useful at a Redskins game – but here we were amongst the peasants, pirates, jesters, kings and faeries on our way through the gates of Revel Grove (the name of this “amusement” park of sorts). 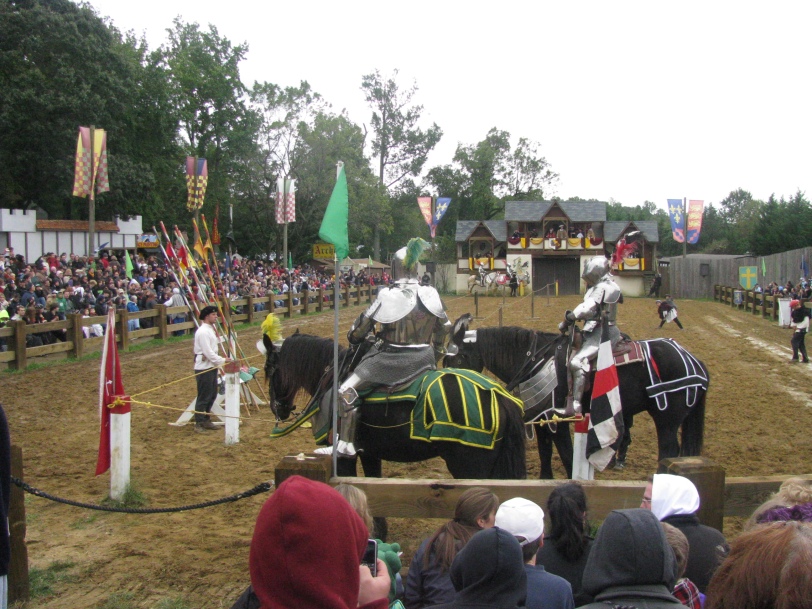 A rather impressive venue for jousting

Celebrating it’s 35th year, Revel Grove looked straight out of 1556. The place is huge – lying on 25 acres of land (bigger than most small state parks, wink wink) and is and endless array of food, games, various performances and novelty shops. It even housed a full jousting stadium which included a competition  in full armor. Even though the show was rather tame (but still entertaining) in comparison to what you see in film, but it was fun to see what is arguably one of the largest outdoor venues for the middle age sport (outside of the indoor dinner show, Medieval Times). In fact, it was named the official sport of Maryland in 1962. 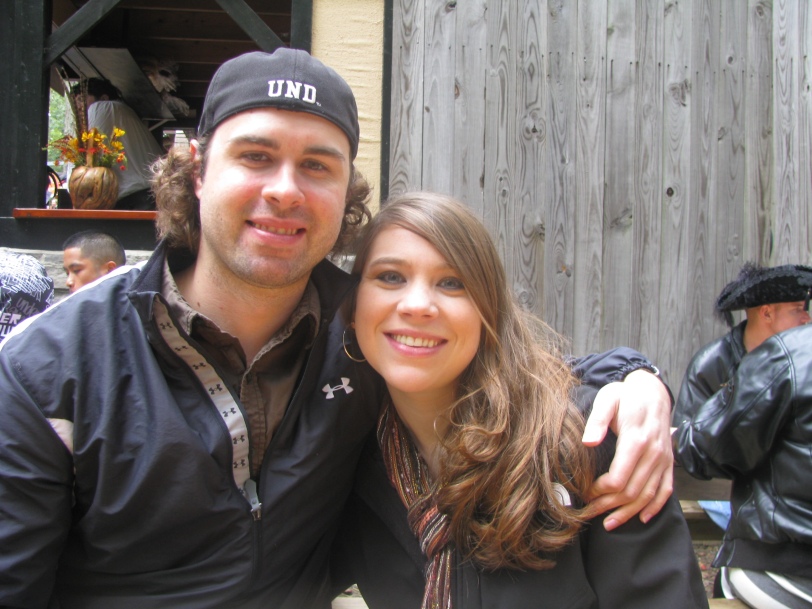 Yours truly and his fair lady

On another tip – I tried the Scotch eggs, which is essentially a cold, hard-boiled egg wrapped in fried sausage – think McDonalds breakfast sausage. It was well worth getting two of them. Breeah and I shared some fried pickles and creamy chicken and rice soup in a bread bowl – both of which were fantastic, the soup probably being my top choice of the day. I also snacked on jalapeno poppers and flat fried potatoes. Let’s just say the diet went out the window for one fine afternoon. 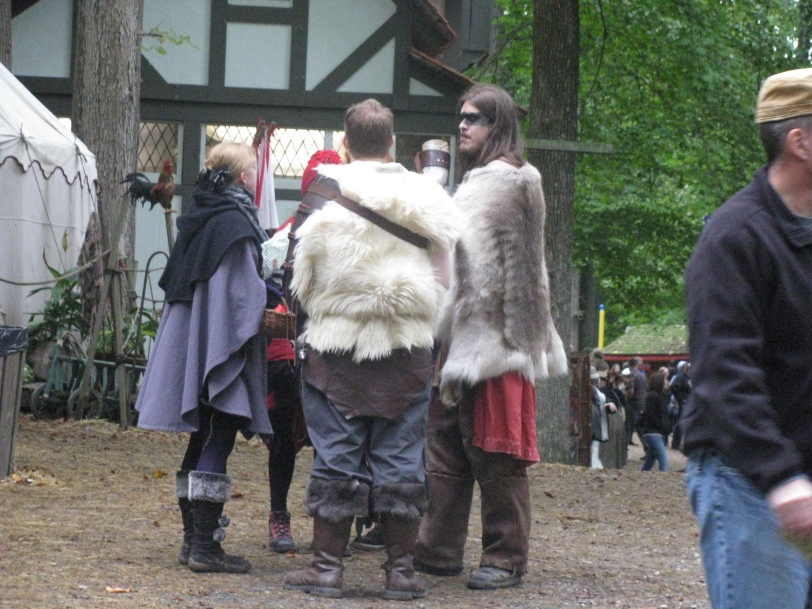 Oh, did I say fine afternoon? It was flippin’ freezing. Apparently summer goes straight to winter in the D.C. area as the temperature hung right around 50 degrees – but felt like the low-40s. I swear if it rained it would have been snow. This Montana-grown boy and his Minnesotan girlfriend were shivering through the final hour of the day – but the hot chocolate helped us along, and we still had plenty of fun hanging out with my mom and sis among the wild and weird at Revel Grove. 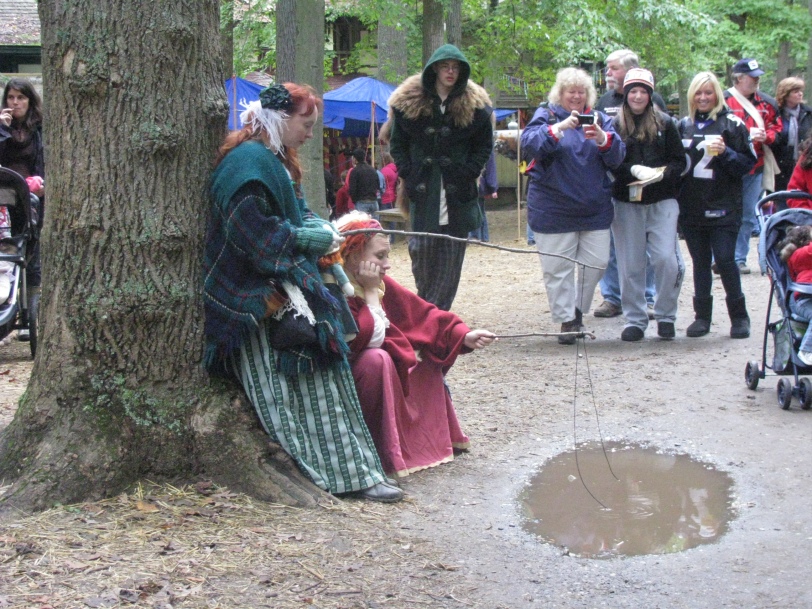 At $19 admission (not counting the relatively reasonable food prices), the faire isn’t necessarily cheap entertainment, but it’s a good time going back in time and worth the short jaunt if your in and around D.C. or Baltimore. It’s a town straight out of a fairy tale that sits silent (though I would believe it if  some of the people there made it there permanent home) for 9 1/2 months of the year – coming in alive every weekend from mid-August through late-October. Coming from this football fan who missed Sunday’s game (a Redskins win no less) for jousting, this is saying quite a bit…