SO CLOSE, YET SO REMOTE (LEE COUNTY, VA) 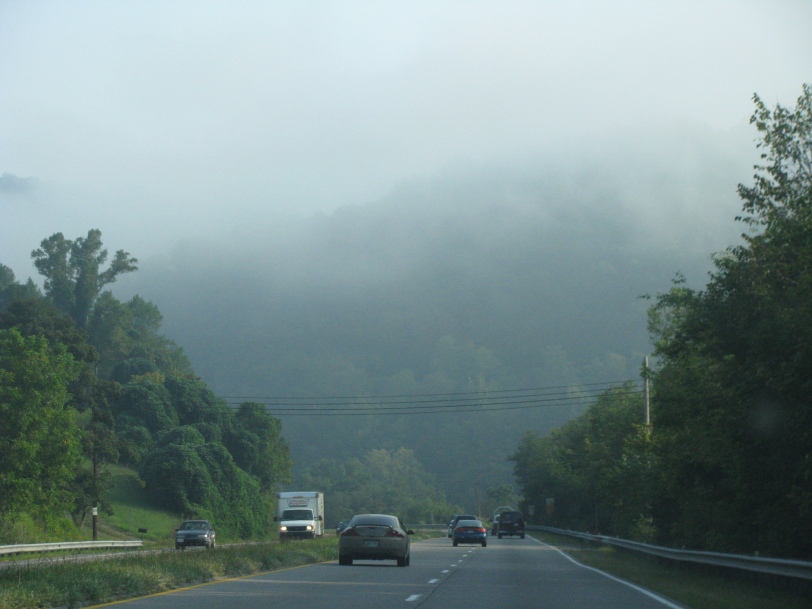 So I promised readers that I’d take a rather indirect route to Knoxville on Saturday morning – going from Bristol, VA (where I stayed the night) through Scott and Lee counties, the westermost parts of the state of Virginia and the most sparsely (and poorest) populated place in the state.

Before you ask. I went because…well, it’s there. And why bother taking the interstate when you can drive through something actually scenic. So I took my time and sniffed some roses.

And boy was it scenic. The area of Scott County to the west of Bristol is like a tucked away sanctuary. No one knows it’s here and I imagine the locals would prefer that. Rolling hills, small mountains, meadows, trees and misty, low lying clouds blanketing the scenery. I took the “crooked road” up to Gate City before driving up to Duffield, where I stopped for a much needed McGriddle break (nothing is too remote for McDonalds). The traffic was rather piled up at the intersection in Duffield, even though nothing is really there except gas and a couple fast food places…I imagine it’s a crossroads for roadtrippers exploring the surrounding nature. 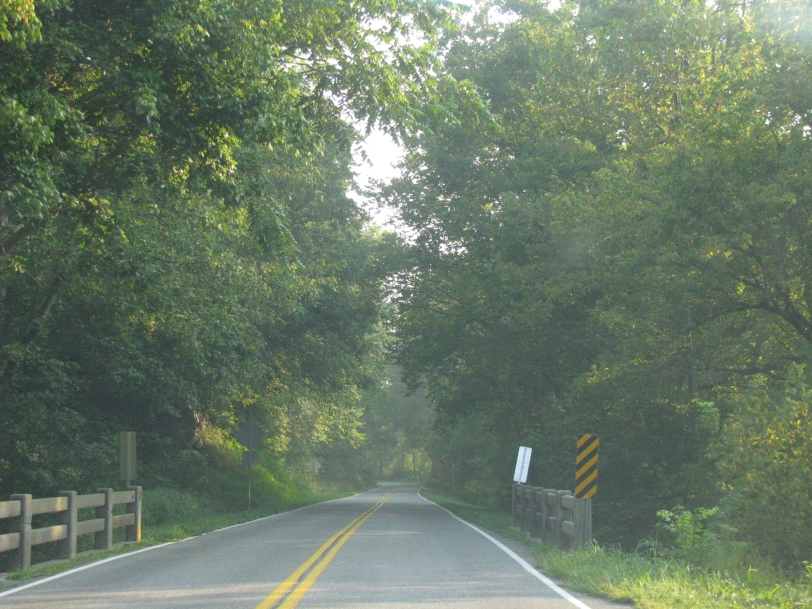 The crooked road makes for quite an enchanted drive. Time stands still here.

From there I drove through Jonesville, the county seat of Lee county. I decided to save my precious time for Cumberland Gap, so I didn’t stop and why they don’t have the courthouse situated on the main road through town beats me… 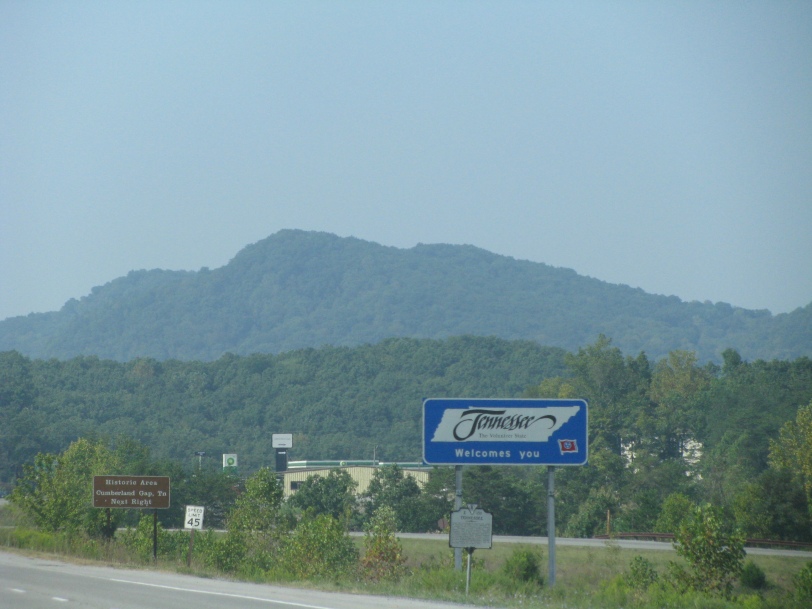 State No. 32! I left and re-entered the state of Tennesee three times in the span of an hour after shooting this picture

Rose Hill and then Ewing – the last town in Virginia came up back-to-back and were quite uneventful. Ewing isn’t really located in one spot, it’s just a few worn-down buildings and some houses trickled throughout the rest of the drive through Lee county. I was rather disappointed, as I was hoping for some sort of a recognition that this was it for the state of Virginia. I didn’t bother to stop but took some quick snaps while driving by. Gibson Station – technically the last community of Virginia (but part of Ewing) lay further down the road, past the Wilderness Road State Park. Then that was it… 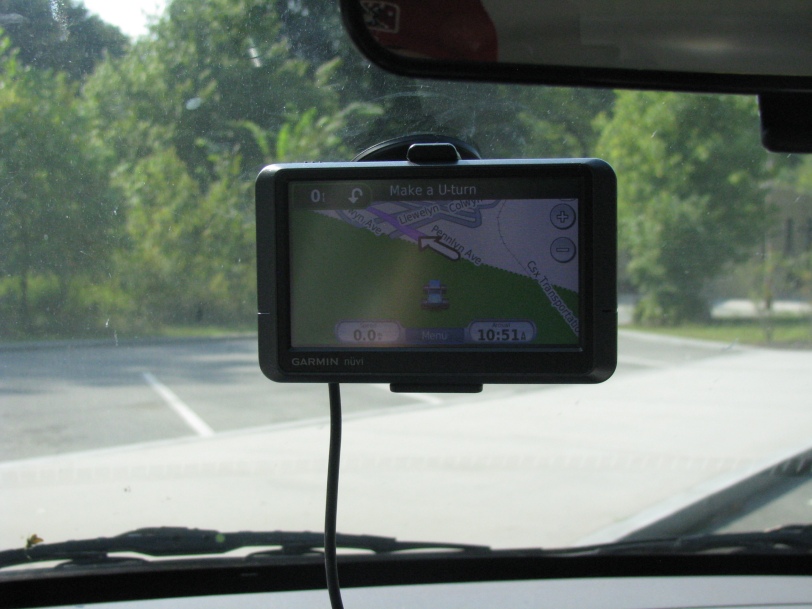 Yes, I took a picture of my GPS. I'm "offroading" in Virginia I guess...

I’m welcomed to Cumberland Gap, Tennessee (state #32 for me! YAY!) before immediately turning back into Virginia on State Road 872 just to get into the main part of town. Now – unless you knew this was the case, you’d figure you were still in Tennessee. However, there is a Cumberland Gap National Historical Park research facility (and parking) on this road, so I imagine these belong in Virginia for some reason or other. My next mission was to drive down Pennlyn Ave. in downtown Cumberland Gap. At the very end is a parking lot – situated, yes, in Virginia territory! This little lot represents the furthest west you can drive a car around in Virginia (so, of course, I had to take a photo of my car parked there – at that moment I was the westernmost vehicle in Virginia – that’s ‘geekspeak’ for cool.) 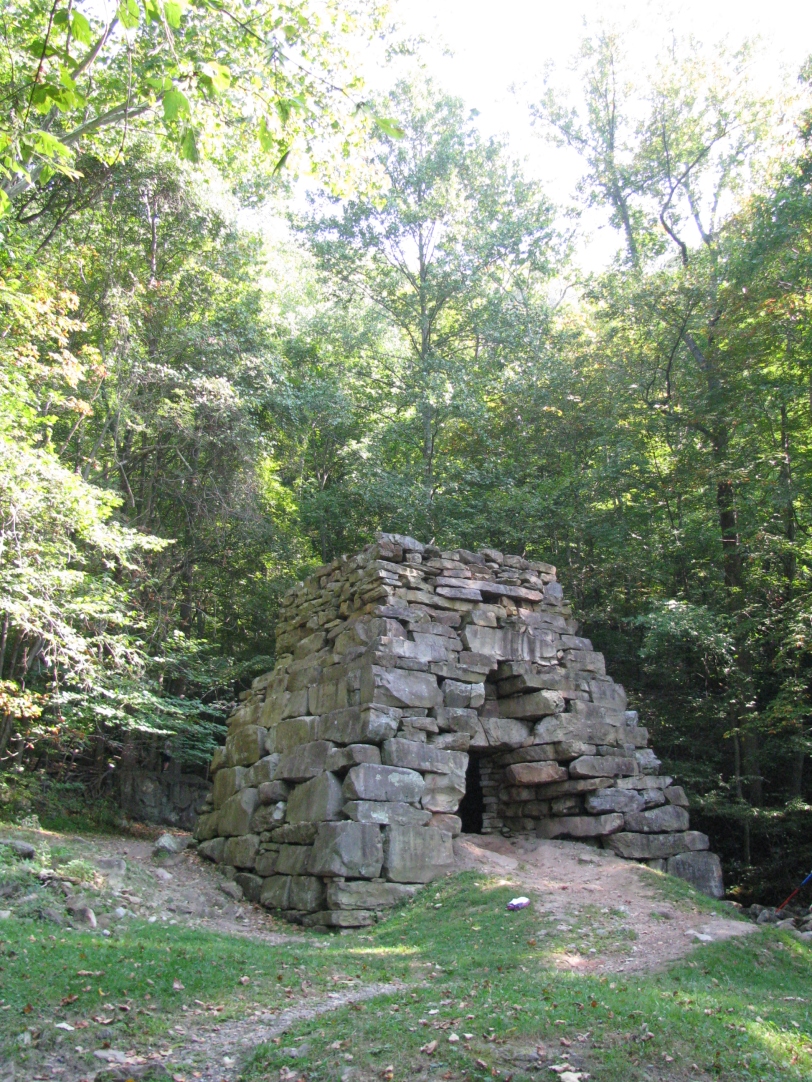 The Iron Furnace - this thing is massive folks. It doesn't look as tall in the picture - but I could easily walk in it without hitting my head

So why is that lot there. It’s another lot attached to the Cumberland Gap NHP. A huge old iron furnace lays on the Virginia side just adjacent to the lot. You can also hike to the point where Virginia, Tennessee and Kentucky meet, which I wish I had time to do, but had to be on my way. I snapped a few pics, drove through the small, touristy town (which was crowded, but nobody appeared as interested in the parking lot as I was, go figure…) 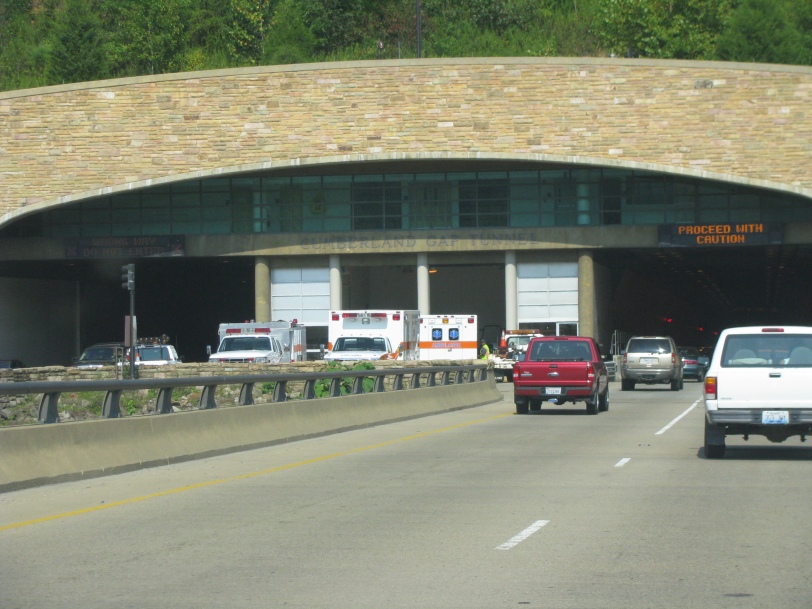 Before heading further into Tennessee, I felt it was my duty to take the Cumberland Gap tunnel (one of two tunnels on state borders) that cuts through the mountain into Kentucky. I stopped at the small Middlesboro, Kentucky mall and perused a sports cards and collectibles store (again, go figure…) before setting off for Knoxville. So, after my short, short hotel layover in Atlanta a couple weeks ago and my quick stroll into Kentucky, I can now wipe off Georgia and Kentucky from my airport-only visits (I was literally counting Kentucky from being at the Northern Kentucky airport, which serves Cincinnati, OHIO! Weak!).

Now I was ready for some football!! Check out some more pictures below…

The Iron Furnace – this thing is massive folks. It doesn’t look as tall in the picture – but I could easily walk in it without hitting my head

Yes, I took a picture of my GPS. I’m “offroading” in Virginia I guess…

State No. 32! I left and re-entered the state of Tennesee three times in the span of an hour after shooting this picture

The crooked road makes for quite an enchanted drive. Time stands still here.