963 visitors in all of 2015. Barely three visitors for each of the deceased memorialized here…

The facility at the depot lacks many buildings, though this is an active weapon storage facility

It is amazing to think that the National Park System’s most popular site, the Golden Gate National Recreation Area, sits less than an hour from the park’s second lowest attended unit – the Port Chicago Naval Magazine National Memorial. For every 15,000 people or so that enjoy the beauty of the Golden Gate NRA in San Francisco, one person decides to take in a little slice of the Concord Naval Weapons Station overlooking the relatively nondescript Sacramento River. 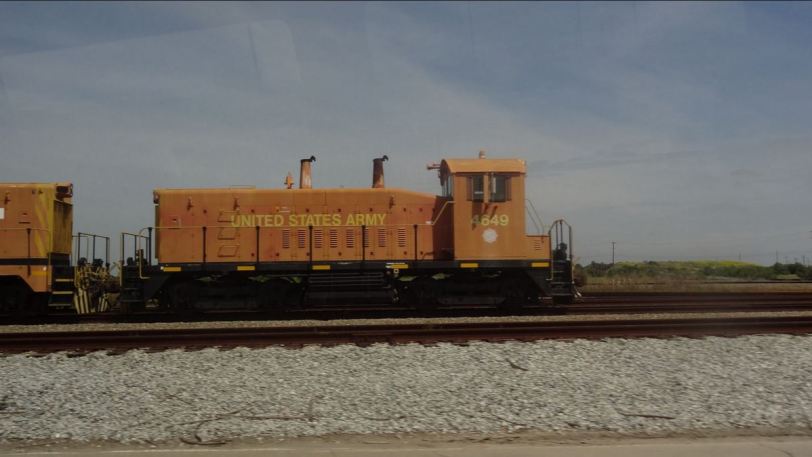 Don’t see this every day – a U.S. Army branded caboose

While the Memorial won’t ever match the splendor of the Golden Gate area, the parks limited visitor rate is not all its fault. A visit to Port Chicago requires some of the more advanced planning of any of the NPS units (most parks you can just drive right up to on a whim). Unless its something people WANT to see, no one is necessarily going to go well out of their way out of the tourist smorgasbord of the bay area to see a small, relatively unknown, memorial. 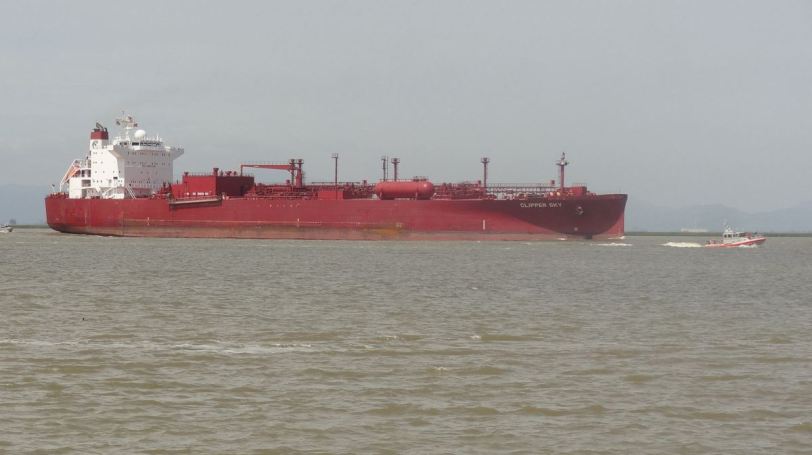 We booked our Port Chicago visit in January and the National Park requires at least two weeks notice so they can gather your data and share it with the U.S. Navy. You have to be pre-cleared since the site sits on an active Naval weapons base. Activities on the base can cause many a tour to be cancelled (a reviewer online claimed he finally got in on one on his fourth or fifth try). You can’t drive yourself – you’ll be driven over in an NPS branded van from the John Muir National Historic Site in nearby Martinez (a great twofer opportunity!). Tours are also only conducted twice daily Thursday-Saturday.

Our ranger conducting the tour. Stephanie Meckler grew up in Concord right next to the base and is the only ranger associated with the Port Chicago facility – she is extremely passionate and knowledgeable!

Fortunately, nothing got in the way of Justin (my good friend visiting from my old hometown of Billings, MT) and I going on our first (and – likely for him – only) try at this tour. We embarked with our ranger and eight other National Park gurus (all eagerly stamped their national park passports and took photos in front of the park sign) en route to the Naval base.

The largest piece of scrap recovered from the event

Check-in at Concord was easy, no IDs were checked (they were initially looked at upon check-in at the John Muir visitor center) but we had to sign-in, we then made our way through the gate and snaked our way through the relatively empty base before making our way to the 5-acre memorial site on the shoreline. 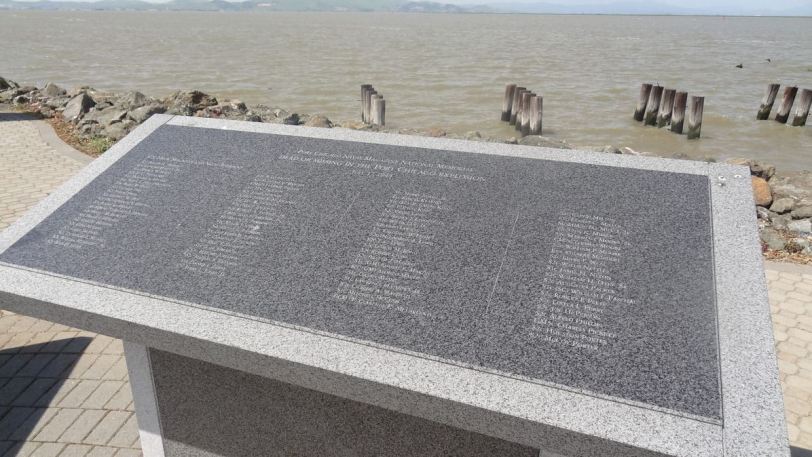 Names of the deceased etched into the memorial.

So what does this memorial, well, memorialize? The Port Chicago disaster of July 17, 1944 resulted in the deaths of 320 men working on the base. It’s all, of course, more complicated than just a death toll. The event at Port Chicago was one of the early triggers of the Civil Right’s movement, as most killed were black.

Long story (very) short, there was very little training and very little oversight as black enlistees were given the duties of loading munitions onto ships headed to the Pacific theater during World War II. In charge of these enlistees were mostly white officers, who conducted races and waged on the speed of these boats being loaded. It was a completely careless system strapped onto the backs of the poor black enlistees. In one moment of error, 320 of these men (many of them black) and two ships were pulverized in one earth-shaking explosion. Hardly anything was left except various body parts and small shards of the vessel. Soldiers on the base were left with the task of picking up what was left of their fellow comrades. Only 50 people were identified and given a relatively proper burial, the rest of them found their grave right here. It was a gruesome scene. 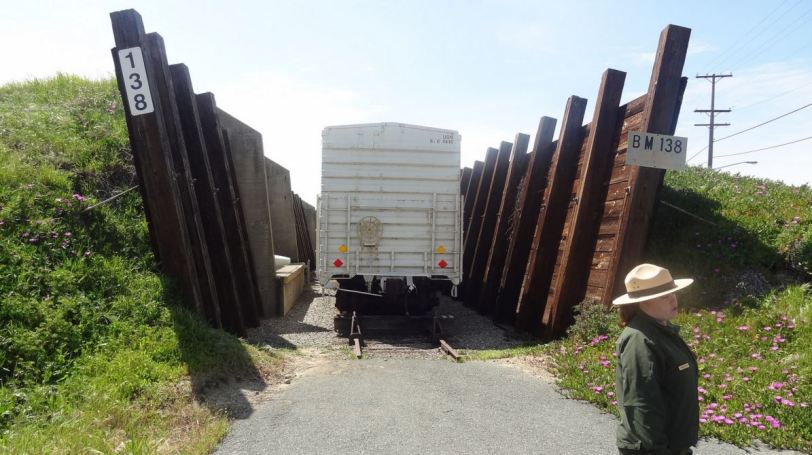 These revetments are scattered all over the base, we were allowed to go inside this one – the only one allocated to the park

The story continues as many of the black enlistees that remained on the base refused to go back to work. Without proper training (and without even knowing the dangers of what they were handling) coupled with the images that likely would sear into their brains for the rest of their life, I wouldn’t blame them one bit. Those that eventually returned to work were stripped of any of their military benefits. Those that didn’t were dishonorably discharged and sent to jail.

Most of the memorial area site. A local news station joined our tour that day as a press conference held by a California State Senator had been conducted earlier in the day on the site.

Today the memorial at Port Chicago is an effort to shed light on the terrible atrocities so that these things may never happen again. Each man (black and white) that was killed during this horrible event has their named etched into the stone under an American flag. Its a somber place – much, much more than just an obscure park passport stamp. Yes, we all (including the ranger) enjoyed the subtle humor of visiting one of the least visited units in the park system, but we also learned a great deal that perhaps none of us that day were aware of before. If you get a chance to go, for whatever reason motivates you, do it – and then take the time to listen to the real story of Port Chicago.

NOTE: I know I’ll get asked this, but the least visited unit of the National Park system (when stats were taken) was Aniakchak National Monument and Preserve in Alaska. A grand total of 153 people braved the remoteness and extreme cost of heading out there in 2015.