A WEEKEND IN THE PEARLS

The Pearl Islands. You may know them from three seasons of Survivor (and more recently, NBC’s foray into Survivor-esque reality TV with the Bear Grylls-hosted The Island). Did you also know that little Contadora Island served as a hideaway for the infamous Mohammad Reza Pahlavi, the exiled Iranian shah, sparking Panamanian protests during his time there in 1980. The island also hosted Jimmy Carter, and apparently served as a backdrop during the Panama Canal treaties in the late 70s. 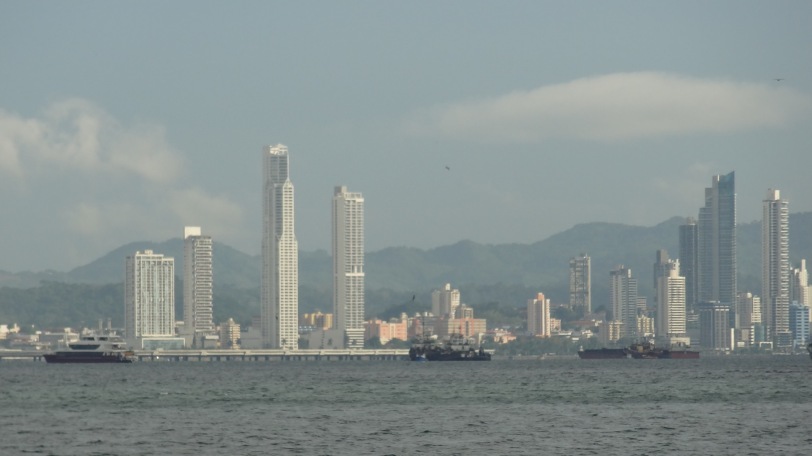 Panama City may come as a surprise for some with its rather stunning array of modern skyscrapers.

Oh yeah, did you take from that opening paragraph that the Pearl Islands are part of Panama (specifically the Pacific side). Its just one of those places that everyone seems to know by name but far fewer actually know its geographic and political identity (don’t get me started on someone I met who’d been to Rhode Island’s Block Island and thought it was another country altogether). 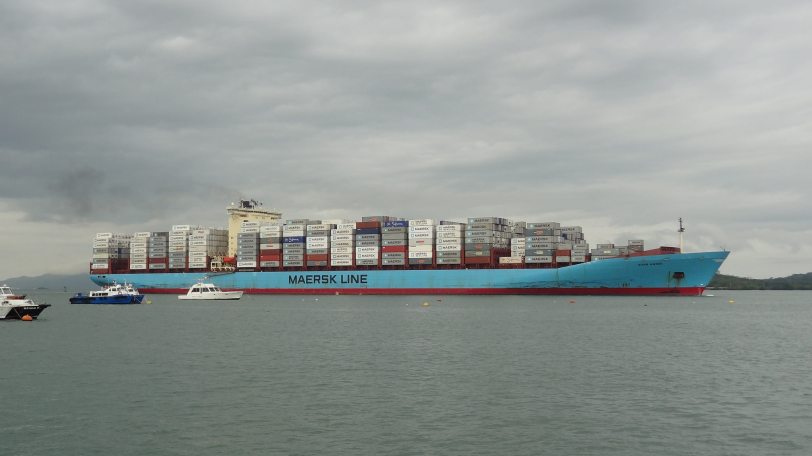 Not the Maersk Alabama (of Captain Phillips fame), but this giant Maersk container vessel, built in 1999, was, at the time, one of the largest in existence.

Anyway, as I continued to make good on a New Year’s resolution that I will visit three new countries this year (Panama and Bahamas make two!), Breeah and I left for a rather short and whirlwind tour of Panama and more specifically, Contadora Island (I can’t count the times I’ve used “whirlwind” on this blog, but when you squeeze in travel as much as you can like I do, the trips tend to take on a sort of frantic-vibe). 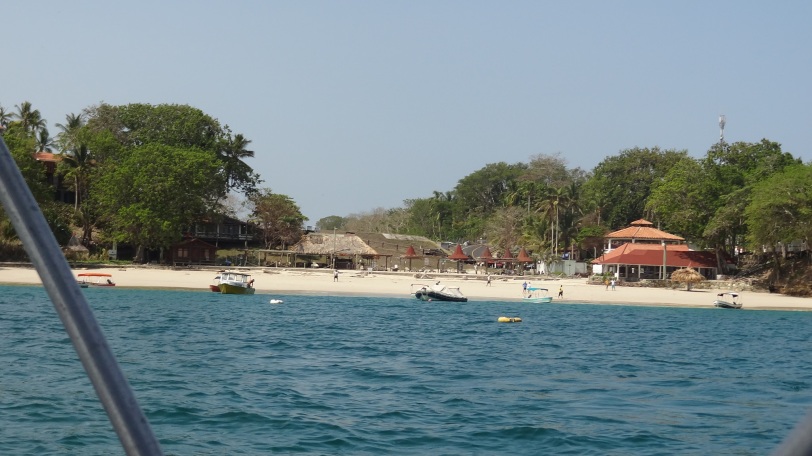 Our welcoming committee awaits our arrival on Playa Galeon. Contadora doesn’t have docks, so you are transferred from the ferry onto a smaller boat that takes you to the beach.

We bookended our 2 1/2 day stay at Contadora with a hotel right on the mouth of the Panama Canal near the Bridge of the Americas.  A wet and humid Panama City (it is rainy season, after all) gave way to sunny, hot and, well, humid Contadora.

A local resident takes watch over the rockier southern coast.

Contadora has been known (to those in the know) as a playground of sorts for the rich and famous. Its remoteness (and general lack of population, topping out at around 250) lends itself well to seclusion. Nowadays, though, the island is piecing together its tourist economy after a Colombian drug lord’s death in 2009 plane crash left the biggest resort on the island a crumbling mess. The southeast quandrant of the island is full of decay, an apparent clash between Colombian and Russian ownership of the properties that has yet to settle. Want to feast your eyes on modern ruins? Walk down to Playa Larga, and see for yourself a complex that was prime real estate in its heyday, but since 2009 has been left abandoned. The Contadora Island Resort was mainly treated as a drug cover, apparently being booked full despite hosting very few actual tourists in its final years. It looked like a pretty place, and it, along with its beached Russian-made ferry, sit in their final resting places, withering away on a pretty beach in the middle of reality TV heaven. 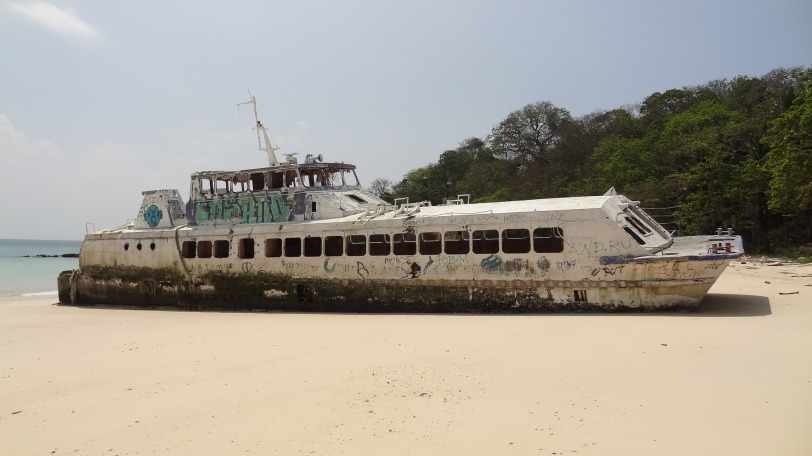 What is there to do on Contadora? Not a whole bunch, but that’s really the ideal in a place like this. Adjacent to Playa Larga is Panama’s only nude beach, a rockier one that is more primed for snorkeling. You don’t have to snorkel naked to get a pass to see the underwater life here, just do as you do and let the nudists have their space (we only spotted one nude couple a day out of the handful of beach-goers here).

Don’t speak Spanish? Well, you may have some trouble communicating outside of basic interactions. Most islanders don’t understand English (I think the popular thinking in the U.S. is that America’s historical influence was enough to bring with it and leave the English language here, but that’s not really the case). Yes, there are U.S. brand names galore here, but English speakers seem to be more prevalent in neighboring Costa Rica than in Panama. Brush up a little, or make sure you are traveling with someone who at least has a handle on conversational Spanish, or you may find that you won’t get the most out of your experience. (We did ok, as the owner of the Contadora Island Inn spoke near-perfect English and helped us out enormously, but we ended up eating at a snack stand near the airport most of the time due to our unsuccessful attempts at other island restaurants).

The only soccer field on Contadora (and perhaps all of the Pearl Islands) is adjacent to the only school on the island.

The best part of being in this far flung Pacific island? Exactly that. Expect to get hot (and sweaty), expect to be (hopefully blissfully) lost and well removed from the regular daily grind and, lastly, expect none of the creature comforts or conveniences you might be accustomed to. This is an “out there” destination, half the experience is getting there, the other half is being there.