COLD OUT THERE? COME TO DEATH VALLEY 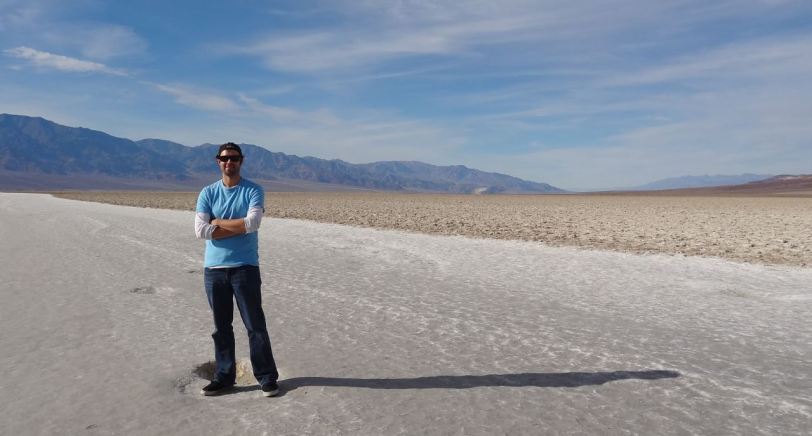 Hey, look at me! I’m at the lowest of low points (geographically speaking, of course) on the North American continent at Badwater Basin, Death Valley National Park.

(NOTE – It seems like every December I get sidetracked with all the festivities of the holiday season and completely forget that I’m a (1) traveler and a (2) blogger. The dearth of posts in November-December happened last year and it happened again this year. I apologize to my few loyal readers!)

Yes, it really is this wide open and desolate…

I just so happened to be in the vicinity of Death Valley National Park last month and decided that I must make the drive. I’m a man of extremes, I guess you could say, in that I love tracking down the so-called “directional-most” locales of our continent, country and states. But I hadn’t been to the top or bottom of anything really (save for a few easy and, sometimes, accidental high points).

Death Valley gives travelers the opportunity to go under the ocean without knowing how to swim. Well, the salty flats of Badwater Basin are actually 282 feet below sea level – so you won’t be seeing any water. Either way it’s cool to walk out onto this chalky wasteland of sorts (and the salt is harmless, I picked a tiny piece off of a less-traversed route and gave it a lick. Yep, salty – and now I get to live forever…or something like that).

And you typical tourist shot…I had to

Death Valley National Park is surprising in many ways, though. It’s not lifeless – we drove near a curious coyote, we walked through an oasis of trees on the edge of the park and we found many other people out enjoying the sand dunes. There is a lot to do here, and I recommend coming in the late fall and winter months, when the weather is warm but manageable during the day (campers might prefer time slots that avoid the dead of winter, as it could get quite chilly at night). 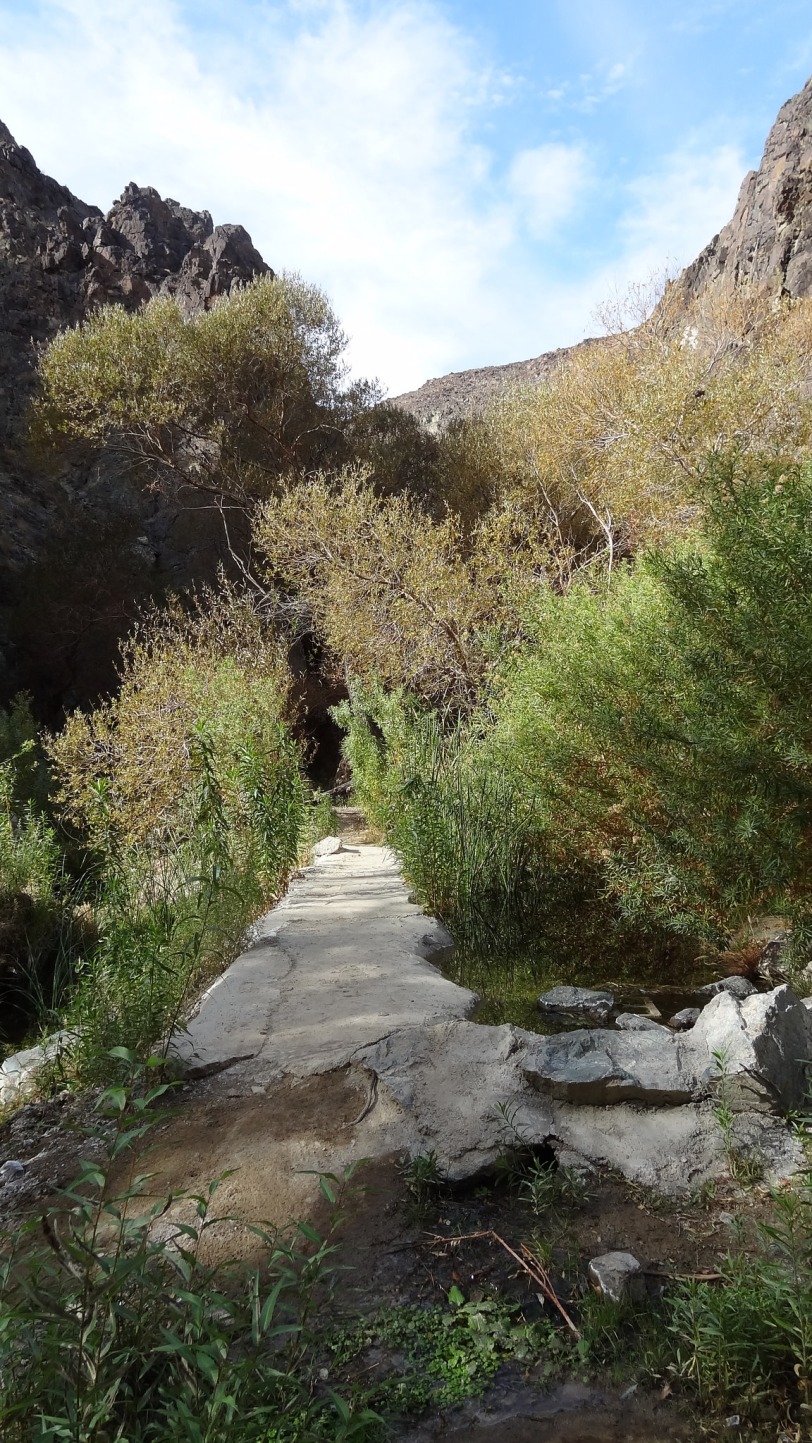 A real surprise. The Darwin Falls trail is a hidden gem in Death Valley. There is water here! And green, luscious, vivid green!

It was in the low 70’s and quite pleasant for our mid-November weekend visit, the sun beats down a bit more on the dunes and in the basin, but otherwise you won’t work up a sweat at this time of year. 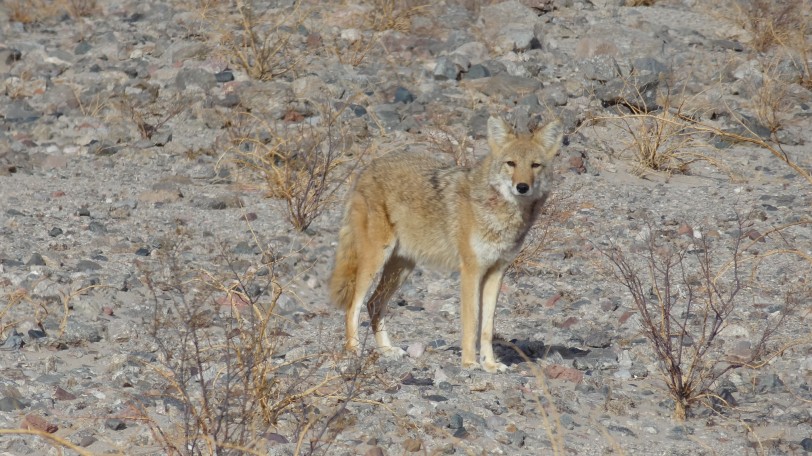 Death Valley is a fairly easy day drive from Las Vegas, but you’ll want to give about 2, 2.5 hours to your drive each way (to get into the “heart” of the park’s major attractions). The drive through the park, from end-to-end, is almost interesting enough. It really feels about as remote as it gets in the Lower 48.

3 thoughts on “COLD OUT THERE? COME TO DEATH VALLEY”