HALEAKALA: A MARS-LIKE OASIS IN HAWAI’I 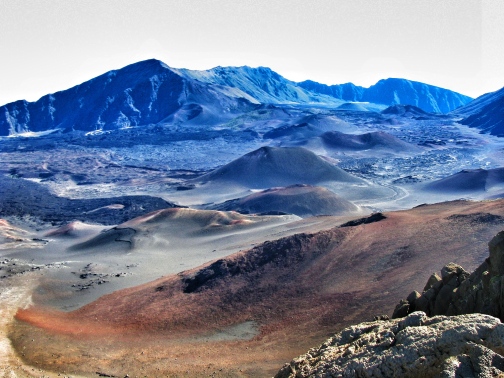 So, of course, a trip to Hawai’i isn’t complete for the Weekend Roady without a National Park stopover. Despite only having three full days on the island of Maui, we managed to wedge in a morning excursion to the top of Haleakala – a dormant (yet still technically considered “active”) volcano that soars just over 10,000 (10,023 to be exact) feet into the clouds. Yes, literally into the clouds. In fact, depending on the time of day, the clouds can fill the entire eroded crater of Haleakala. 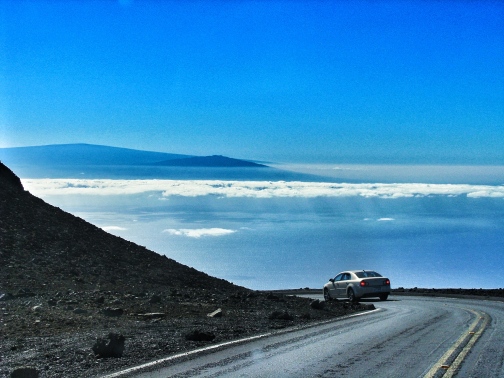 Mauna Kea and Mauna Loa linger among the clouds

The road to the top is one of the quickest ascending drives you can take in North America (37 or so miles gets you from sea level to 10,000+ in just about an hour and 20 minutes). In fact, once you reach the Summit headquarters, one dollar will net you a certificate commemorating this feat. That’s going in my personal Roady museum! The drive is fairly pleasant and the switchbacks, while numerous, aren’t nearly as demanding as, say, the previously mentioned Kahehili Highway. 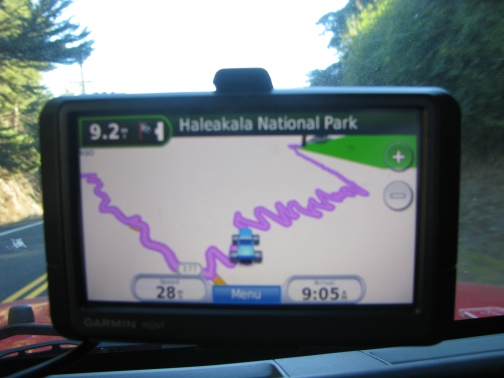 A few things to be prepared for that you might overlook. While you may survive just fine for a few minutes in your shorts, make sure to at least have a jacket (especially if you plan on spending any time hiking). Don’t do anything with your hair, it’s going to be windblown the second you leave your car. It’s chilly up here any time of year and definitely feels more like November in the northern Midwest than any kind of tropical destination. Keep in mind you’ll probably be dodging more than a few tour groups who tend to fill up the tiny summit headquarters quickly. Get your questions and/or purchases in before they stampede the place (I think the tour group problem is even more of an issue at Hawaiian National Parks due to the amount of cruise-hopping tourists and other resort dwellers who haven’t procured rental cars. Also – there are groups of cyclists winding there way down the mountain. This can slow you down on the ride back (though there are stopping points for these bike tours where you’ll be able to pass). Watch out – there were a handful of bike fatalities a few years back.

Also, don’t be so sure everyone in your group wants to participate in this. My girlfriend, Breeah, held up admirably well in the blustery conditions but when you’re in a Polynesian paradise for only a few days it can be hard to want to sacrifice beach time. As it were, we squeezed in Haleakala in the morning before high-tailing it to beautiful Big Beach on the southern coast (about a two-hour jaunt, a long ride on Maui, especially if you don’t count the more perilous routes around the island). Be prepared to get up VERY early to get to the top in time for sunrise (even earlier than you think, if you want to beat the masses). The park gates are actually left open for 24 hours, so stargazers are welcome too. 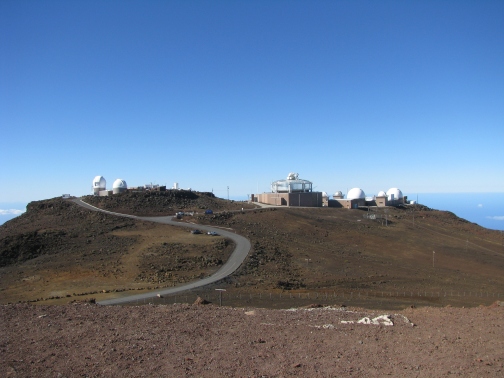 The famous observatory atop Haleakala

Anyway, back to the house of the sun (er, the literal meaning of Haleakala). Paradise – to me – takes many forms. Hawai’i shows you its cards in many different ways, from the lush greens dotted with remarkable flora and fauna to the epic beaches tailor made for any water activities. The soaring peaks and remote valleys, the majestic waterfalls or jungle trails. It’s all here, and that’s only on the island of Maui. When one place can offer so much in such a tiny package – then that’s paradise to me. It’s astounding that tiny little Hawai’i can be home to some of the largest peaks in the world (especially when measured from the ocean floor, they easily take the cake). Whether it’s Haleakala or Mauna Loa and Mauna Kea (the gargantuan mountain peaks of Hawai’i’s Big Island – which can easily be seen from Haleakala), it’s worth a trip to spend some time in such a unique locale (in fact, out of all the island peaks in the world, only Puncak Jaya of Indonesia is higher than Mauna Kea – Haleakala puts Maui as the 18th “tallest” island in the world).

Oh, did I mention Haleakala (pronounced “Hall-ee-ah-cuh-luh” by the park rangers, if you were still wondering) looks a lot like Mars (see: headline)? This may be the closest (not to mention cheapest way) you’ll ever get to staring in your own Total Recall adventure as the reddish, rocky landscape looks a lot like our neighbor in the solar system. Hawaii’s native silverswords will further add to the illusion.

Watch for a more general “review” of my three-day Maui experience coming soon!