PLANNING ON SOME SOUTHERN COMFORT 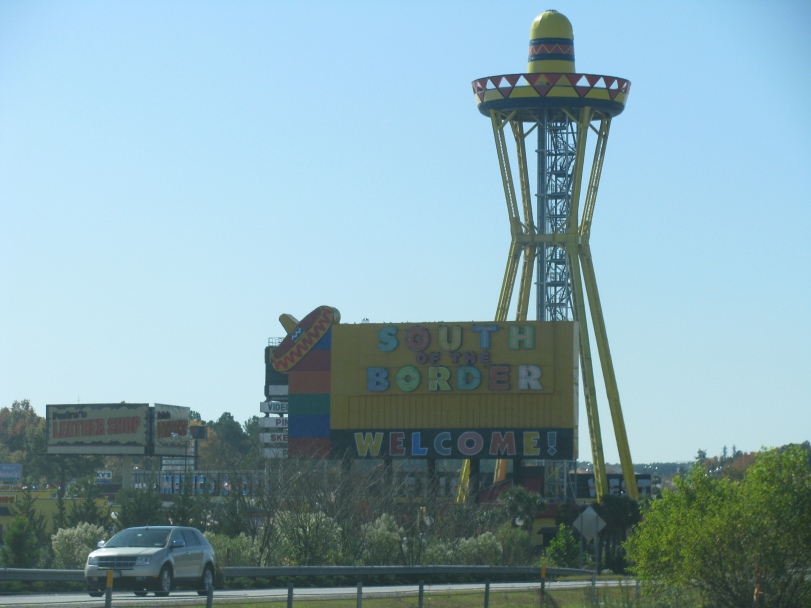 Hope everyone had a Thanksgiving to be thankful for. I couldn’t complain, as I sat one out this extended weekend for some catchup cleaning, watching sports and playing video games around the apartment. Road tripping was the last thing on my mind.

That said, I’ve been planning the next big excursion in light of my upcoming 30th birthday next year (which is hard enough to wrap my head around – as most of the time I still feel all of 21, or younger).

There have been a lot of ideas since I came up with the idea of a big retreat in early March. One was to fly to Hawaii, in turn grabbing a tough state in the quest towards 50  (yes, a trip to paradise in itself is not enough for the state collector in me). I even tossed around the idea of a side trip to American Samoa (since the only way to reach the American protectorate from the U.S. is from Hawaii), but ultimately cost temporarily derailed that idea for now.

Another thought was to couple a short road trip south with a cruise – but while I one day want to experience the cruise vacation, I’m not all that enamored with the pre-packaged, limited (and sometimes pricey) options available to you once you make landing. It’s no secret that prices in shops and restaurants double or triple when the cruise tourists arrive en masse with money to blow.

Yet another idea (and still might be possible) is a flight down to the U.S. Virgin Islands – to mark another territory (and national park) off my checklist. The scenery there is unmatched in terms U.S. Atlantic ocean property, so a visit is well worth it on all counts in my book.

In the end, though, the clear leader is a southern road trip. We’re a Montana-Minnesota couple and the fact is, we’ve never had a reason to visit the likes of Alabama, Mississippi and Louisiana (not to mention nearby Oklahoma, Arkansas and airport-only visits to Texas). Funny enough – my Facebook friends (of whom are mostly from Montana or nearby) on Tripadvisor have combined for zero visits to most of  the aforementioned states (save for Oklahoma and Texas). So yes, Montana, and say, Mississippi, might as well be worlds apart in that regard.

Now comes the planning. I haven’t yet taken on a road trip of this length (I’m looking at 10 days to two full weeks) and plotting out a course while trying to stay as flexible (and sane) as possible will not be the easiest task. Our roadtrip to Prince Edward Island back in July was all of five days – but two of them were extreme driving days (and all five consisted of multiple hours of driving). Best case scenario would be to visit as many natural sites as possible (including Hot Springs Natural Park and Mammoth Cave National Park, and possibly those in Texas or New Mexico if we get really ambitious). This will be a tour de force of sorts to be sure.

I’m open to suggestions and recommendations. I know the best advice is always to “take it slow”, but I’ve yet to have any negative experiences with the “trying to do too much” approach. My main worry is, well, logistics and planning. Nothing is set in stone yet and the agenda can change, but let’s just say that, for now, I’m completely in love with it.

6 thoughts on “PLANNING ON SOME SOUTHERN COMFORT”