Hah, bet you’d never expect to hear those three words. Yes, arguably the most popular beach north of Florida is not exactly overrun with tourists in November as Breeah and I found out last weekend during our 20 or so hours in the Grand Strand.

We arrived just after 6 p.m. on Saturday night – after making the three-hour jaunt from Congaree National Park. Looking back, it may have been somewhat easier to visit the historic town of Charleston (though would have left me with a slightly longer drive on Sunday) as the road to Myrtle Beach is often just two lanes and not that well lit until you get into the vicinity of Conway. But we wanted to see beaches and palm trees (well, palmettos), so that wasn’t going to deter us.

Myrtle Beach surprised me right off the bat. There is definitely a hefty amount of shopping opportunities – and I imagine during the offseason there is more than plenty for the locals to dig into. The main seaside strip – Ocean Boulevard – is clean and shimmery, if lonely in November. It really felt like more of a movie set than a semi-tropical destination. I don’t know what I was expecting – maybe more of the after-season overrun quality, like when you hit a shopping mall after 5 p.m. on Black Friday.But no, Myrtle Beach was far more quaint and collected than I thought it would be.

The skyline at night

We stayed at the Dayton House Resort for a ridiculous $35 – I’m sure far, far removed from the in-season price. The hotel has 3-4 buildings, and we were put in the one furthest removed from the beach with a view of the boulevard (not going to complain for that price). It’s definitely a fairly casual place and while the rooms were nice, the exteriors had a rather low-maintenance quality to it. 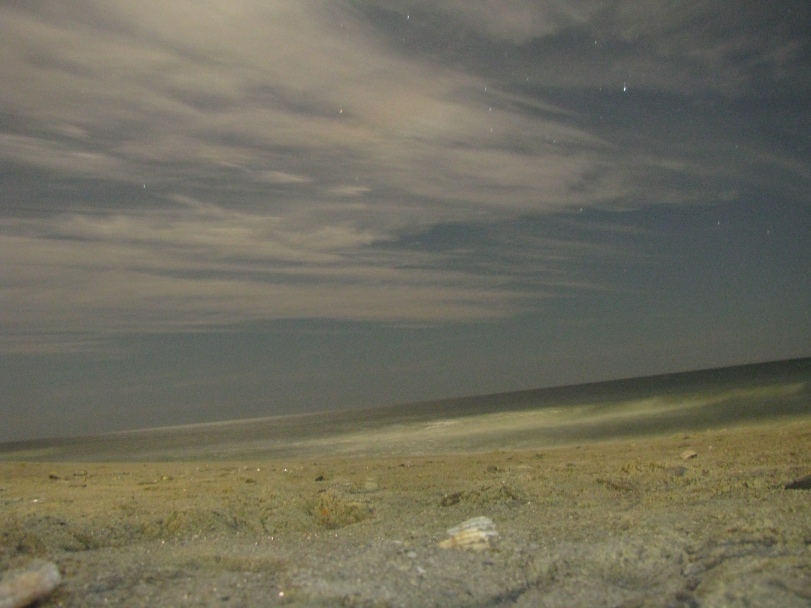 Night over the shore

We re-assembled and hopped back in the car in search of some dinner. One the way we visited the popular Broadway on the Beach and took an evening drive along the lit-up “tourist trap” (much more on this later). We then headed toward the relatively huge Coastal Grand mall, where we finally chose Sticky Fingers. The restaurant is a South Carolina institution of sorts – specializing in Memphis style BBQ since the franchise opened in the state in 1992. I decided on a full rack of ribs and I wasn’t disappointed, “fall off the bone” is the least I could say about them, they were absurdly delicious.

Hurricane Irene missed all but one house in Myrtle Beach...

We took a drive down the length of Ocean Boulevard to gauge the activity – of which their wasn’t much. Everything was lit up and a few people were meandering about, but most of the evening’s activity seemed centered on the aforementioned Broadway and Coastal Grand centers. We then strolled out onto the beach and took in the wonderful night view. It’s been awhile since I’ve seen such a bright reflection of the moon over the ocean and seeing the beach at night is in someways more awe-inspiring than during the day. You are at the end of the world (or at least the continent) staring into infinity, until you’re reminded that you have to get up in the morning and now would probably be a good time to settle in…(yes, we considered the unrealistic proposition of sleeping right there on the beach). 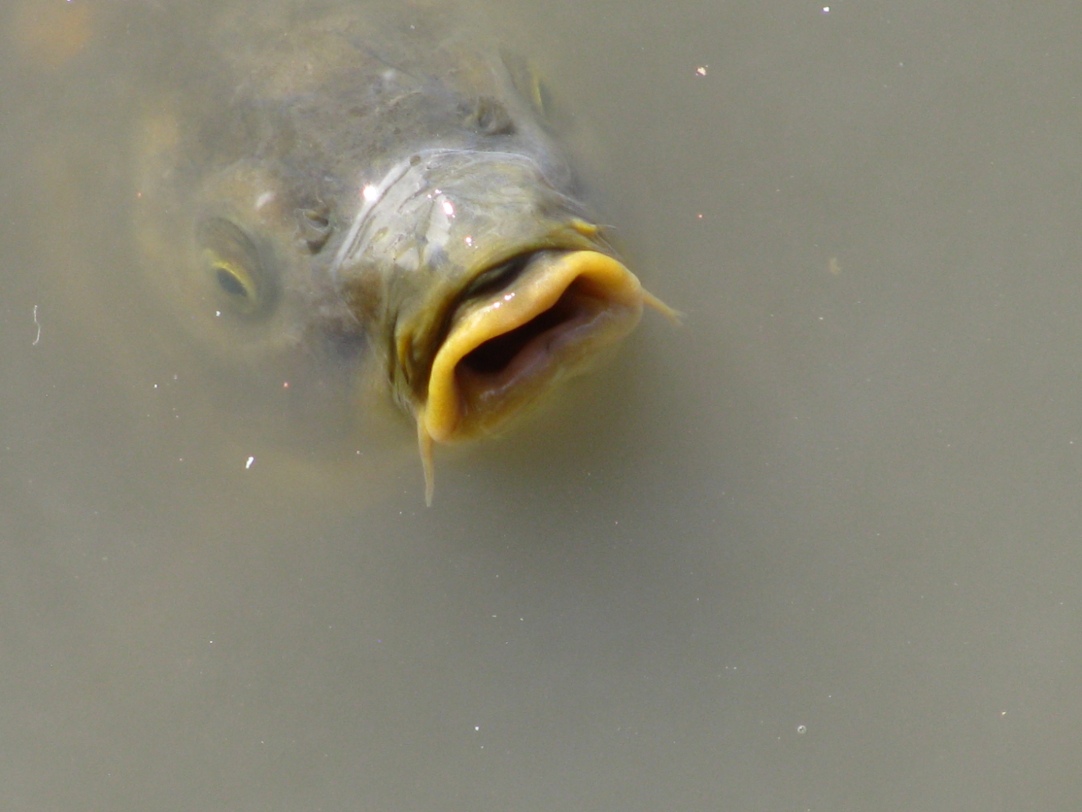 The next morning we headed to Harry’s Breakfast Pancakes (which, I’m guessing is a longtime fixture of Myrtle Beach – with the “RIP Harry” sign and all). It’s your typical diner and everything you’d expect on a Sunday morning – the before and after church crowd, people young and old and in-between, tats, no-tats and even one cross-dresser (no joke). And, as one would expect from an established diner, the breakfast was spot on. The scrambled eggs and a stack went down nicely!

We had no real plan for Sunday so we went back to  Broadway on the Beach to walk around. We didn’t realize how big the place was until we actually got out of the car, as the interior circles a man-made water reservoir and works as a shopping mall amongst the Hard Rock, Margaritaville, Imax, Aquarium and the very odd upside-down building called Wonderworks.

The most memorable part of Myrtle Beach for me may be the fish that live in this reservoir. Carp and catfish are a couple of the handful of species swarming the boardwalk waiting for you to feed them. Yes…it seems they really on human feeding for survival as they are very aware of your presence as you walk along the pathway. Why? Well, there are fish food vending machines every 30 feet or so and for a quarter you can get a handful of food to toss to the fish. Oh, that’s if the ducks don’t steal the food first. It’s like every creature for themselves in an all out war for even a single pellet of food – it’s insane, and it’s addictive. We spent a couple bucks on this bizarre form of entertainment – which I imagine is even more of a spectacle in the summer when dozens may be throwing in food from the same location.

There were more shorebirds than people on the beach

There are plenty of cool shops on the Broadway boardwalk, but its definitely skewed towards tourists. Prices aren’t that cheap, but the store selection is varied and interesting, especially for beach fare. It’s worth a walkaround, but it will likely fleece you if you stick around.Also watch out for the Myrtle Beach tourism people – they will want to suck you in with free deals before they start offering you $150 packages to come back.

Correction, there were more dead jellyfish than people on the beach

It was finally time to hit the beach for real, so we parked near the boardwalk (I can’t imagine this is easy to do during the summer) and walked over near Pier 14. It was warm, around 70 degrees or so, but the water was cold – hardly conditions for swimming. No one was brave enough to jump in, but a few (including us)  meandered down the shoreline. A bunch of jellyfish had been swept in by the tide and for Breeah this was a first time sighting. Knowing that these goopy-looking creatures can sting even when dead, I decided not too touch, but Breeah went right ahead and poked one. We walked on for awhile, collected some sand in a bag as a souvenir and walked the boardwalk for a bit before grabbing an early dinner (or late lunch) at Pier 14.

The signature tree of South Carolina - the palmetto

In a sense you couldn’t have asked for more from Myrtle Beach in November. The weather was perfect, a slightly warm low-70s/high-60s that was made to live in. Palmetto trees gave you a sense that you were in paradise despite being only a long drive away from the start of the east coast megalopolis. That, and you really had the place to yourself. If you really want that low-key beach vibe, you won’t usually get it in a place like Myrtle Beach. But if your ok with not needing a swim (or at least a comfortable swim), heading to a place like this in the offseason might be just what you need to relax your soul and calm your worries – especially before a seven hour and fifty minute drive back home!