THE OLD WORLD IN THE NEW WORLD 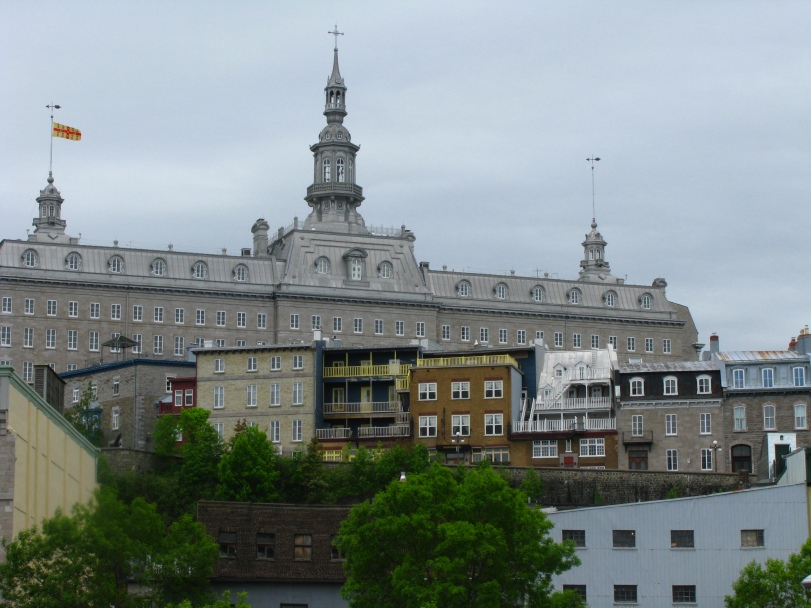 What’s wrong with a side of poutine to go with my order of fish and chips?

Doubling up on fries? At least it flabbergasted our waitress at L’omelette who wondered why on earth one would order a second helping of fried potato to go with fried potato (especially since I was getting only one piece of fish).  She tried to dissuade me from poutine, as if her hyper-familiarity with this Quebec favorite had any influence on my decision to get fries with fries.

Truth be told, nothing was going to stop me from some poutine, which are fries drenched in the saltiest brown gravy you’ve ever tasted and chunks of cheese scattered and melting in its piping hot wake.  After going through a plate of them, you’ll be shocked that this gut bomb of caloric goodness isn’t a featured dish stateside. 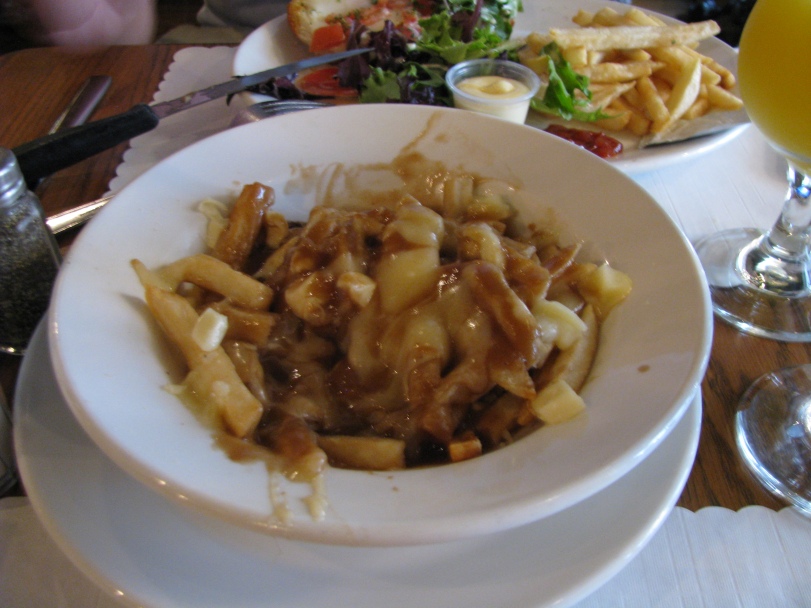 I shared some (almost begrudgingly) with my cousin, Walter.  Our waitress quickly figured out this was our first sampling of poutine and, with a wide grin, couldn’t stop asking how good they were (I counted no less than four times). We gobbled up the rest and ventured back into the cool early June rain of French North America (i.e. Quebec). 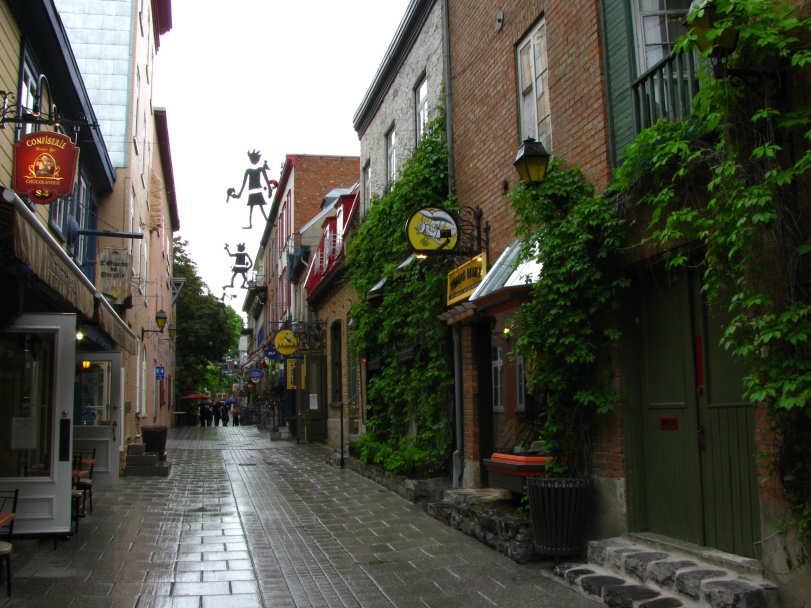 ’twas a rainy day in the Old Town

This was last Saturday at a location a mere 12-13 hour drive from Washington, D.C. (where I sit now). Yeah that’s a long haul, which we did in one day, but it’s just that – a one day drive. I’m shocked I didn’t have to take a transatlantic flight to experience the type of culture both Walter and I got in Quebec. Heed my warning – it’s very, very French in Quebec. But wait, it isn’t France. No, the good Quebecers wouldn’t want you to think that. Quebec is Quebec, European to the core with French influences permeating throughout. It’s all about culture – if you stuck a bunch of Anglo-Canadians in Quebec, it would be just like any other part of Canada (with geographic differences being the prime features) – but as it stands, it’s very different than the rest of the country and a drastic change from across the border in the US.

Old Town Quebec is one of the oldest settlements in the post-European America, especially when counting only the U.S. and Canada. Its fortifications not only inspired the name of the local junior hockey team (the Remparts) but may remind some North American travelers of the walled-in city of San Juan, Puerto Rico. Quebec City recently celebrated its 500th birthday – and that’s a big deal on a hemisphere where recorded histories can’t even begin to compare to that of the opposite side.

Hide the kids! Quebec proudly displays its raunchy humor in fashion around every corner

I would have loved to see Quebec City on a sunny day – but the rain made for a more authentic atmosphere. Shops, artists, bakeries and cafes line the cobblestone streets, rain or shine, and there is always plenty to do or look at with a wealth of museums and other various sights and historic buildings dotted in and around the walls of Old Town (and don’t forget the grand Chateau Frontenac hotel).

Fitting right in as I chat up the locals

One thing I quickly noticed was how many souvenir shops carried mostly the same assortment of t-shirts, hats and used license plates (yes, they sell a lot of these here). While it didn’t detract from the unique layout of the Old Town, it’s an overload of – to be polite – misguided entrepreneurial spirit taking direct aim at tourists. That said, I did enjoy the plethora of Quebec Nordiques apparel, the NHL team that has been known as the Colorado Avalanche for over 15 years now. Did I buy myself a hat? You bet!

The Chateau Frontenac rising up against the night sky

While Quebec may be missing its hockey team you can tell that their hockey taste is firmly Canadian. In fact while we ate dinner at the very friendly and very yummy (though a tad pricey) D’Orsay Restaurant-Pub (try the Seafood Chowder!!), we might as well have had our own personal TV sets to watch the Stanley Cup. Game two was being fed through every TV in the establishment but we were the only ones paying any attention. Quebec City is obviously miles away from New Jersey or Los Angeles, in more ways than just physical distance. It’s obvious we need more teams in Canada.

Many Americans are cautioned against going to Quebec, with many citing just plain “french” rudeness as a primary concern. We didn’t run into any real hostility on our trip, but had a few interesting encounters. We weren’t “ignored” at the couple bars we sat in on our first night, but the employees were generally unenthused about serving us (granted, one definitely couldn’t speak much English). At one of those same bars a guy with face tattoos approached us asking for cocaine. Trying not to look completely stunned, we said we had none and he was quickly on his way. This all occurred on the first night (within an hour of our arrival) so needless to say, things got much better from there.

I can now “X” out Quebec from my travel map, but that doesn’t mean I’m not game on going back. Breeah needs to visit the province as well, so we’re due for another trip up sometime in the future. Until then, Quebec, I bid adieu.